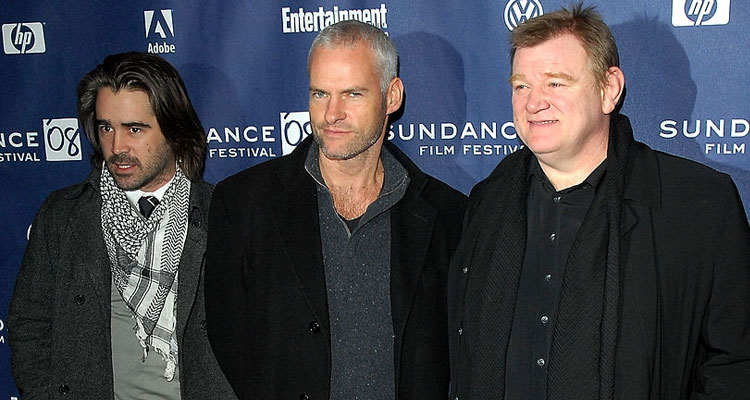 IN BRUGES Trio Re-Team For THE BANSHEES OF INISHEER

The always reliable Mike Fleming over at Deadline brings word that Colin Farrell and Brendan Gleeson are set to reunite with their ‘In Bruges’ writer-director Martin McDonagh for ‘The Banshees of Inisheer.’

Based on McDonagh’s only play that hasn’t been published or produced, the film will see Farrell and Gleeson playing “lifelong pals on a remote Irish isle, who find themselves at an impasse when one abruptly ends their relationship with alarming consequences for both of them.”

McDonagh will also serve as producer on the film, along with Graham Broadbent, Diarmuid McKeown and Peter Czernin of Blueprint Pictures. Executive producers include Ben Knight, Daniel Battsek and Ollie Madden. The plan is to have cameras rolling this summer.