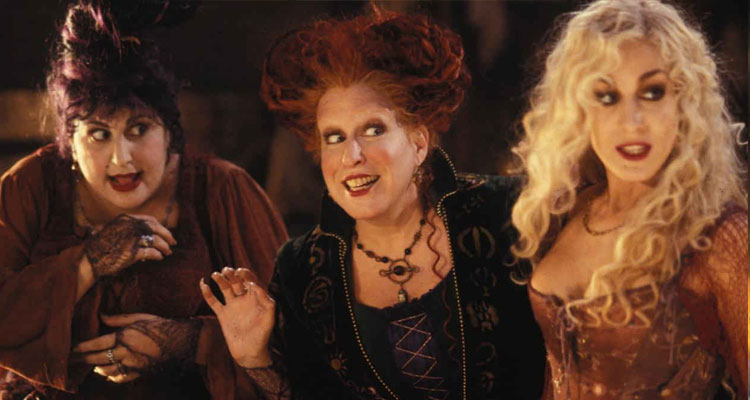 A follow-up to the 1993 cult classic ‘Hocus Pocus’ is believed to be in the works over at Disney+ with Variety hearing that ‘Workaholics’ writer and co-producer Jen D’Angelo is attached to shape the script.

Directed by Kenny Ortega, the original starred Bette Midler, Sarah Jessica Parker and Kathy Najimy as the Sanderson sisters, three outlandishly wild witches who are hanged in Salem on All Hallow’s Eve of 1693. Three hundred years later, the villainous trio are resurrected on Halloween night, and it is up to two teenagers (Omri Katz and Vinessa Shaw), a young girl (Thora Birch), and an immortal cat to put an end to their reign of terror once and for all.

It is currently unclear whether if it will be a true sequel with Midler, Parker and Najimy reprising their roles, but the Mouse House is hopeful that they may become involved in some capacity.