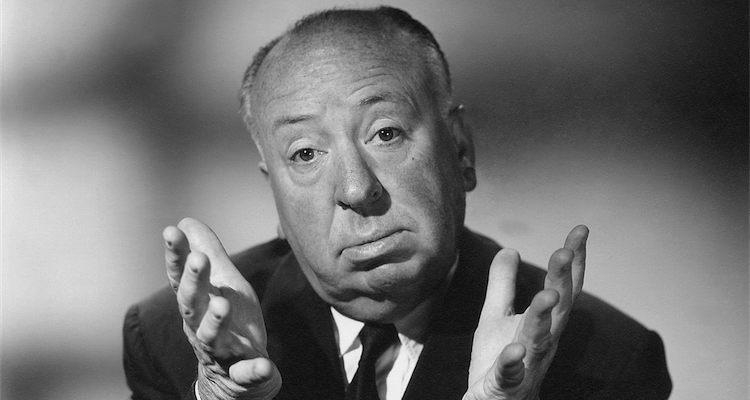 HITCHCOCK/TRUFFAUT (France | USA/TBC/79mins)
Directed by Kent Jones. Starring Alfred Hitchcock, Francois Truffaut, Martin Scorsese, David Fincher, Wes Anderson, Richard Linklater.
THE PLOT: In 1966, film director and former critic François Truffaut published the book “Cinema According to Hitchcock”. Fifty years later, filmmakers including David Fincher, Wes Anderson and Richard Linklater discuss how the book and Hitchcock’s work influenced their careers, while director Kent Jones examines just how the conversations between the filmmakers took place.
THE VERDICT: ‘Hitchcock/Truffaut’ is an engaging and fascinating documentary; to have such established and different filmmakers come together to talk about the career of Alfred Hitchcock is engaging enough, but to have this paired with the audio footage of the now famous interviews with François Truffaut makes for a cinematic treat.
At the time when Truffaut interviewed Hitchcock, he set out to remind audiences that the filmmaker was much more than a light entertainer, as he had come to be considered. Now, conversely, Hitchcock is regarded as a master filmmaker, but is perhaps not in the public consciousness as he could be. This is why ‘Hitchcock/Truffaut’ feels fresh and new, even as it takes a look back at films of the past.
Throughout the film, filmmakers including Martin Scorsese, James Grey, Peter Bogdanovich, Olivier Assayas, Kiyoshi Kurosawa, Wes Anderson and Richard Linklater discuss the films of Hitchcock, through the lens of Truffaut’s interviews and books. These discussions are then interspersed with footage from Hitchcock’s film, along with clips from the interviews with Truffaut. One thing becomes clear very quickly; these filmmakers had their opinions of Hitchcock changed – one way or another – on reading Truffaut’s works. In keeping the list of interviewees comparatively short, director Kent Jones keeps the audience engaged with the discussions, while choosing respected filmmakers in their own right lends weight to the discussions on screen.
Kent Jones paces’ Hitchcock/Truffaut’ well, and never allows discussions of certain scenes or ideas in Hitchcock’s work to become drawn out or too involved. This gives the film a light feel and this, coupled with the respect the interviewees obviously have for Hitchcock, makes the film feel engaging and light, and stands to remind audiences just why Hitchcock was so successful and revered. As well as this, the film allows Hitchcock to speak for himself, giving an insight into the mind that made films including ‘Vertigo’, ‘The Birds’ and ‘Psycho’.
In all, ‘Hitchcock/Truffaut’ is for old fans and new ones alike; this is a fascinating documentary about one of the great filmmakers of all time, whose work is dissected and revered in by filmmakers still working today. The film is light and engaging, and reminds audiences of the power of Alfred Hitchcock’s work.
RATING: 4/5
Review by Brogen Hayes