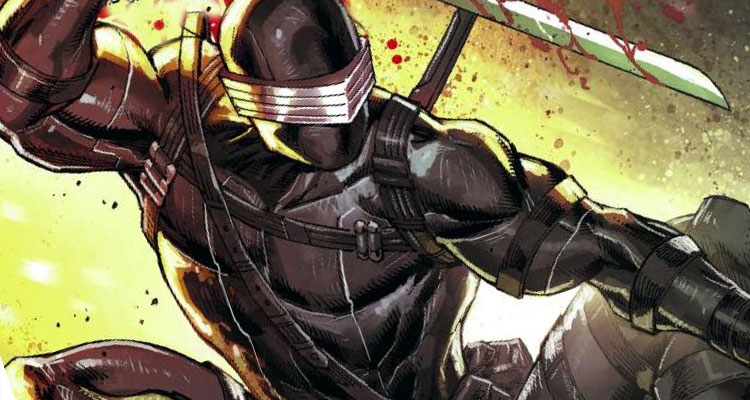 According to reports, the film follows the titular silent but deadly ninja, known for his all-black attire and hidden face, as he seeks revenge for his father’s death—leading him to join the Arashikage ninja clan. Storm Shadow, a ninja who works for Cobra and is also his blood brother, will presumably factor into the plot.

Robert Schwentke (‘‘The Captain,’ ‘Red’) is behind the camera for the film, directing from a script by Evan Spiliotopoulos (‘Beauty and the Beast,’ ‘The Huntsman: Winter’s War’). Lorenzo di Bonaventura and Brian Goldner will produce.

Snake Eyes was previously brought to life on the big screen by martial artist and actor Ray Park (‘Star Wars: Episode I – The Phantom Menace,’ ‘X-Men’) in ‘G.I. Joe: The Rise of Cobra’ and ‘G.I. Joe: Retaliation,’ while Lee Byung-hun (‘RED 2,’ ‘The Magnificent Seven’) played his archenemy Storm Shadow.