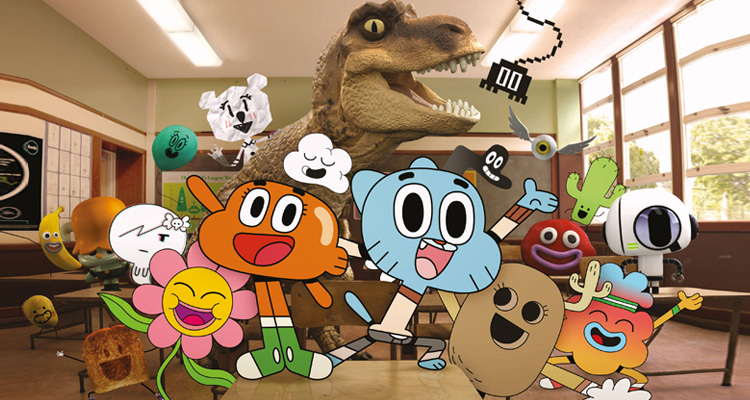 “At Hasbro, we’re building our brands through storytelling, and today, we’re telling richer stories across more platforms than ever before,” said Goldner,. “We are also reinventing traditional modalities of animation production, both creatively and financially. With Boulder, we will deliver the highest quality animation that will engage our audiences with deep storytelling and great characters in a very cost-efficient manner.”

Dublin-based Boulder Media has produced a variety of award-winning series for Cartoon Network, Nickelodeon, Disney and BBC, including ‘Wander Over Yonder’ for Disney, ‘The Amazing World of Gumball’ for Cartoon Network, and ‘Go Jetters’ and ‘Danger Mouse’ for BBC. As a wholly-owned subsidiary, Boulder will continue to produce animated series on behalf of third-party clients, in addition to producing animation projects for Hasbro’s best-known brands.

Founded in 2000 by Robert Cullen, Boulder is one of the fastest growing animation studios in Ireland with approximately 150 full-time employees. Boulder will retain its brand and report into Stephen Davis who leads Hasbro’s entertainment and consumer products licensing division. In February 2016, Hasbro was ranked No. 3 on Fast Company’s list of Most Innovative Companies in Hollywood.

“As one of the largest independent studios producing animation in Hollywood, the time is right for Hasbro to acquire its own animation studio, allowing us to expand our animation and storytelling capabilities even further,” said Stephen Davis, Executive Vice President and Chief Content Officer, Hasbro. “In Boulder, we have found one of the most progressive, innovative and creative teams in the business. We are thrilled to partner with Rob Cullen, Pete Lewis, Jenni MacNeaney and the entire Boulder team as we significantly enhance the execution of our story-led Brand Blueprint strategy.”

“Boulder and Hasbro have ambitious plans for growth, and working together, we will substantially expand our team and our business,” said Boulder Media’s Robert Cullen. “We’re thrilled to have the opportunity to bring to life the Hasbro stories and characters that mean so much to our team, and join a company that’s emerging as an entertainment powerhouse.”