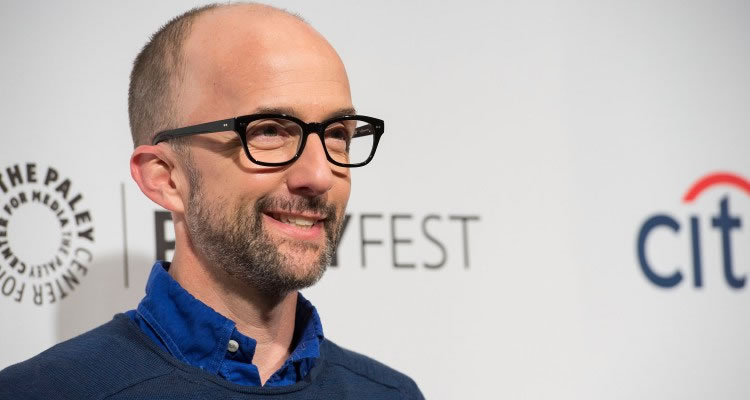 Today (July 15th) actor, writer and director Jim Rash celebrates his birthday. Here at Movies.ie, we have been long time fans of the actor who plays Dean Craig Pelton on COMMUNITY, and the writer who won an Oscar for his screenplay DESCENDANTS alongside Nat Faxon and Alexander Payne, so we have taken a look back over the career of Jim Rash in honour of his birthday.

Jim Rash has been working as a TV actor since 1995, with his first role being as an unnamed Production Assistant on CYBILL. Since then Rash has appeared in episodes of CLUELESS, NCIS, WILL AND GRACE and RENO 911.

Rash is perhaps best known for playing the sexually ambiguous, excitable and flamboyant Dean Pelton on COMMUNITY, alongside Donald Glover, Chevy Chase, Joel McHale and Alison Brie. Rash’s array of costumes, outlandish obsessions and inability to control the shenanigans at Greendale Community College have earned him fans around the world. Rash played the character for six seasons of COMMUNITY – with fans now crying out for a movie version of the show to be made – and also directed the episodes titled ‘Queer Studies & Advanced Waxing’ and ‘Lawnmower Maintenance & Postnatal Care’. Rash also wrote the COMMUNITY episode ‘Basic Human Anatomy’.

As well as COMMUNITY, Rash had a recurring role on THAT 70s SHOW, where he played the effeminate Fenton. Rash also played Andrew on RENO 911! More recently, Rash is voicing characters in MIKE TYSON MYSTERIES and RANDY CUNNINGHAM: 9TH GRADE NINJA.

As well as playing a Techie in BALLS OF FURY, the imaginatively named ‘Game Night Guest’ in THE NINES and Mr Grayson in SKY HIGH, Rash has had an impressive career behind the camera.

Alongside writing partner Nat Faxon – who stars in the TV show MARRIED with Judy Greer – Rash and director Alexander Payne wrote the screenplay for THE DESCENDANTS, which earned them an Oscar in 2012.

THE DESCENDANTS is the story of Matt King (George Clooney), a man trying to hold his family together after his wife is injured in a boating accident. Having never spent much time with his daughters, Matt finds himself bewildered at their emotions, and the way they deal with their mother being seriously ill. As well as this, Scottie (Amara Miller) lashes out by bullying her friends, and the older Alex (Shailene Woodley) has a history of substance abuse problems, and returns from boarding school to be closer to her mother.

THE DESCENDANTS was well received, with George Clooney winning a Golden Globe for his performance as the beleaguered Matt King, and making a star out of the wonderful Shailene Woodley.

Rash and Faxon followed up THE DESCENDANTS in 2013 with a film they not only wrote, but directed as well; THE WAY WAY BACK.

In THE WAY WAY BACK Duncan (Liam James) is a shy 14 year old brought on holiday with his mother (Toni Collette), her boyfriend (Steve Carrell) and his daughter, Steph (Zoe Levin). Neither a child nor an adult, Duncan is desperate to find a place where he belongs, and makes an unexpected friend in the manager of a water park, Owen (Sam Rockwell).

The real hero of the piece is man-child Owen, played by Sam Rockwell. Rockwell throws himself into the role and is not only a character that people in the film are drawn to, but also is the character around which the film revolves. Rockwell is hilariously funny, creating bits and elaborate lies to keep the younger patrons of the water park entertained, but he is also warm and sweet. The relationship between Owen and Duncan is the focus of the film, and it is through this friendship that Duncan gets to triumph over his awkwardness and his isolation.

Let us take this opportunity to wish the wonderfully talented Jim Rash a very happy birthday, and all the best with his upcoming movie, THE BIRCHES!