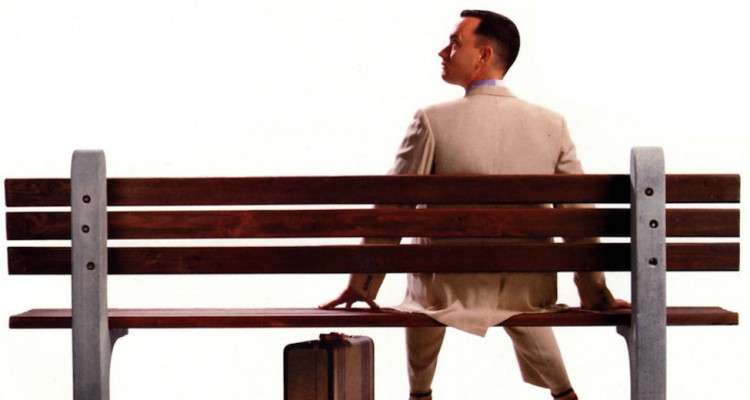 Today marks the 21st anniversary of FORREST GUMP’s release in US cinemas. Starring Tom Hanks as Forrest, a man with a below average IQ who is loyal to his loved ones and lives an extraordinary life. Based on the 1986 novel of the same name by Winston Groom, the film was directed by Robert Zemeckis and not only was a box office success, but it won the 67th Academy Awards for the Best Picture, Best Actor in a Leading Role, Best Director, Best Visual Effects, Best Adapted Screenplay, and Best Film Editing.

To celebrate the film turning 21, Movies.ie have gathered together some fun facts about FORREST GUMP.

1. Mistake
Bill Murray, John Travolta and Chevy Chase turned down the role of Forrest Gump. Travolta later admitted that passing on the role was a mistake.

2. Ad Lib
The famous and beloved line ‘My name is Forrest Gump. People call me Forrest Gump,’ was ad libbed by Tom Hanks while filming the scene; director Robert Zemeckis liked it so much that he decided to keep it in the finished film.

4. Debut
Haley Joel Osment makes his film debut in this movie as Forrest Junior. Osment would go on to become a huge star at a young age thanks to films such as THE SIXTH SENSE and A.I. ARTIFICIAL INTELLIGENCE. More recently, Osment had a role in the ENTOURAGE movie.

5. Double
Tom Hanks’ younger brother Jim doubled for him in many of his numerous running sequences. Since Forrest spends three years sunning from coast to coast of the US in the film, we are not surprised there was more than one actor used for these sequences.

6. Highest Grossing
Although Robert Zemeckis has had a long and successful career as a director – he has brought us many great films including the BACK TO THE FUTURE franchise, WHO FRAMED ROGER RABBIT?, DEATH BECOMES HER and the more recent FLIGHT – FORREST GUMP remains his highest grossing film.

7. Eye on the Prize
When Forrest first learns to play ping-pong in the film, another solider tells him the trick to the game is to keep his eye on the ball. After that moment, whenever he is shown playing ping-pong, Forrest never blinks. Interestingly, the ball was created through CG and animated to meet the actors’ paddles.

8. Run Forrest, Run!
In the film, Forrest runs across the US after being rejected by the love of his life. This was inspired by an actual event; in 1982, Louis Michael Figueroa, aged 16, ran from New Jersey to San Francisco for the American Cancer Society, unknowingly inspiring a line for Forrest Gump’s famous run on the silver screen. ‘I just put one foot in front of the other. When I get tired I sleep. When I get hungry I eat. When I have to go to the bathroom, I go.’

9. Smiley Face
Next to Jenny’s hospital bed, there is a card with a yellow smiley face. This is a tie in to earlier in the film, when Forrest had been responsible for the smiley face idea.

10. Possible Sequel
The screenplay for a potential sequel was written by in 2001, based on the original novel’s sequel, GUMP & CO. After the September 11th attacks on New York in 2001, however, screenwriter Eric Roth, as well as director Robert Zemeckis and Tom Hanks decided the story was no longer relevant, and at the time, Tom Hanks adamantly refused to work on any sequel – a position he has obviously reconsidered since he starred in TOY STORY 2 and 3. That said, in 2007, Paramount Pictures were said to be considering the project again. We shall just have to wait and see.

Happy birthday FORREST GUMP! Thanks for the memories!