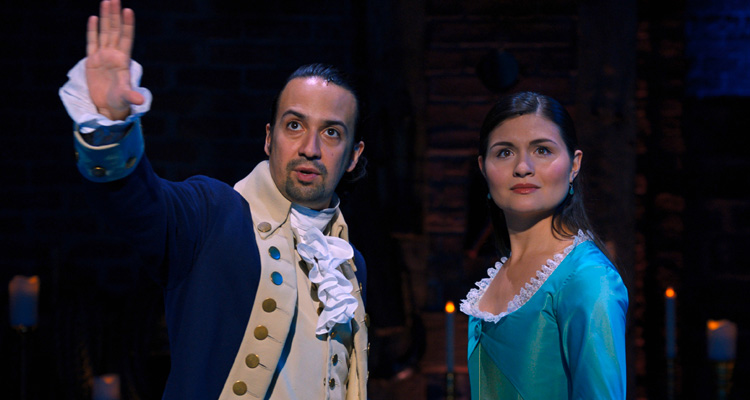 HAMILTON – First look at the musical coming to Disney +

Although the infamous play hasn’t come to Irish theatres yet, the stage show of HAMILTON is a world wide phenomena that has captivated audiences around the globe. This July Irish audiences will get to see what all the fuss is about when the play streams on demand on Disney +. Filmed at The Richard Rodgers Theatre on Broadway in June of 2016, the film transports its audience into the world of the Broadway show in a uniquely intimate way. With book, music, and lyrics by Lin-Manuel Miranda and direction by Thomas Kail.

This live production of “Hamilton” combines the best elements of live theater, film and streaming to bring the cultural phenomenon to homes around the world for a thrilling, once-in-a-lifetime experience. “Hamilton” is the story of America then, told by America now. Featuring a score that blends hip-hop, jazz, R&B and Broadway, “Hamilton” has taken the story of American founding father Alexander Hamilton and created a revolutionary moment in theatre—a musical that has had a profound impact on culture, politics, and education.

Watch the HAMILTON trailer below.

Hamilton is out now to watch on Disney+ in Ireland