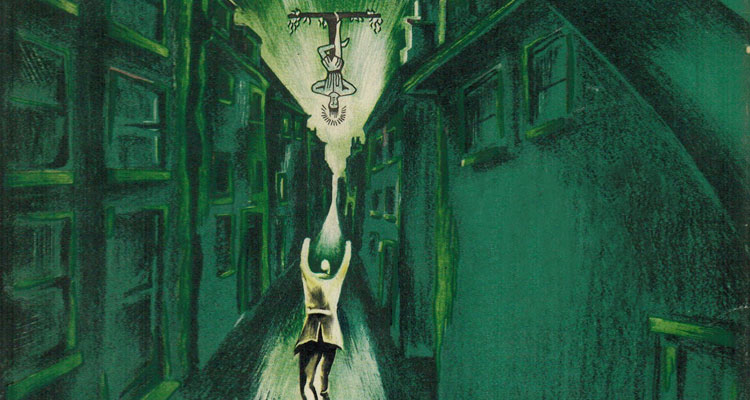 The folks over at Variety bring word that Leonardo DiCaprio (‘Once Upon a Time in… Hollywood’) is in talks to team with Guillermo del Toro for a remake of 1947’s ‘Nightmare Alley.’

Directed by Edmund Goulding, the original noir thriller followed the rise and fall of Stanton Carlisle (played by Tyrone Power), an ambitious young con man who tries to make a career as a carnival swindler and fake psychic. However, his lies and deceit prove to be his downfall.

The film was based on the William Lindsay Gresham novel of the same name, and according to the trade, the new film will be more based on the book. Kim Morgan is co-writing with del Toro.