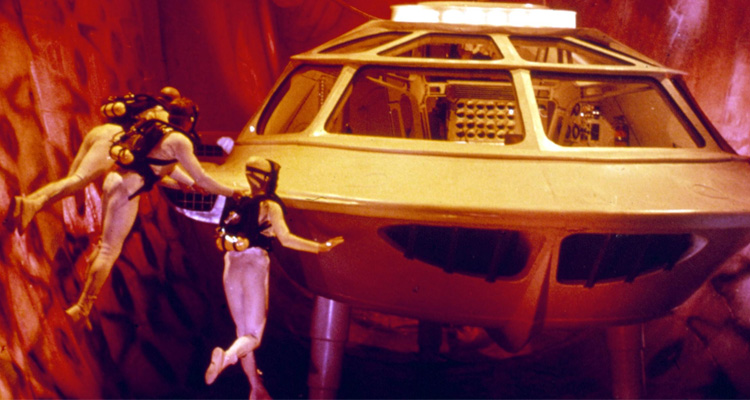 ‘Hellboy’ and ‘Crimson Peak’ director Guillermo del Toro has entered into talks to take the helm of the special effects-driven adventure ‘Fantastic Voyage,’ with James Cameron on board to produce.

Featuring a treatment by del Toro’s ‘Blade’ collaborator David S. Goyer, ‘Fantastic Voyage’ is a big-budget re-imagining of the 1966 sci-fi movie which revolved around a team of scientists who are shrunk to atomic size and sent in a miniature submarine inside the body of a scientist to save his life.

The news of del Toro’s involvement comes via THR, who also hear that the filmmaker’s plans for a ‘Pacific Rim’ sequel have been shelved “indefinitely.”

A remake of ‘Fantastic Voyage’ has been in development for a number of years now, with several filmmakers having their names attached, from Shawn Levy to Louis Leterrier to Paul Greengrass,

‘Fantastic Voyage’ is set up over at 20th Century Fox with Cameron, Jon Landau, and Rae Sanchini producing through their Lightstorm shingle. Goyer will also serve as executive producer.