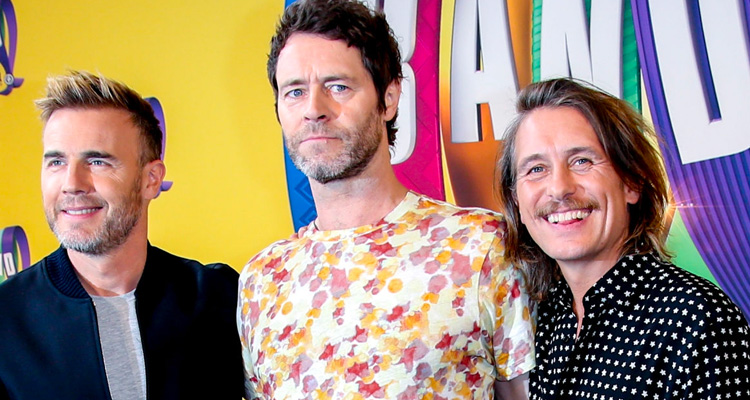 RUTH WILSON, CUSH JUMBO & ROSAMUND PIKE were today announced to be finalising negotiations to star in a film featuring music of the British pop group TAKE THAT. GREATEST DAYS, the film adaptation of the hit stage musical “The Band”  will be directed by Coky Giedroyc (HOW TO BUILD A GIRL), written by Tim Firth (CALENDAR GIRLS, KINKY BOOTS), and choreographed by Drew McOnie.

Inspired by the songs of Take That, one of the world’s biggest pop acts, GREATEST DAYS is a feel-good universal story of love and friendship. Developed with the support of Universal Music Group, the film focuses on five schoolgirls who have the night of their lives at a concert from their favorite boy band. 25 years later their lives have changed in a myriad of ways as they reunite to reminisce about their past and discover their future.

Speaking about the new movie, Take That issued a statement saying “GREATEST DAYS is a film dedicated to all those who have supported us throughout the years. It puts a mirror on our audience – it’s a celebration of our music but it’s literally all about the fans and their friendships. Our fans have been on a 30-year journey with us and we have an incredibly strong bond with them, so seeing that they will be represented on screen by such a strong, talented cast is incredibly exciting.”