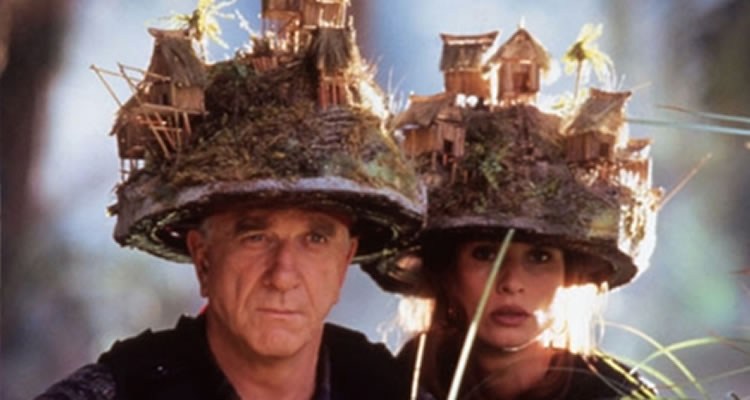 SPECTRE is released in Irish cinemas this week, and although James Bond movies are slick, beautiful and a ton of fun, it is true to say they are rarely (intentionally) funny. To celebrate the release of SPECTRE, Movies.ie have taken a look back over some great spy comedies from recent years.

TOP SECRET!
Kilmer plays Nick Rivers, an American pop star who is drafted in by the Resistance to help rescue a scientist held captive in East Germany.
‘Top Secret!’ is incredibly silly – which is not surprising since it directed by Jim Abrahams – the man behind ‘Hot Shots’ and ‘Hot Shots: Part Deux’ – and David Zucker, who has brought us the ‘Scary Movie’ franchise. The cast also includes Omar Sharif in a rare comedic turn, and Peter Cushing in a scene that was filmed entirely in reverse. Spy parodies don’t get much better than this!

THE MAN WHO KNEW TOO LITTLE
Bill Murray stars as Wallace Ritchie, a man who answers a ringing payphone and is immediately mistaken for a hitman. Since the payphone is also used by the Theatre of Life improv troupe in their interactive show, Ritchie believes that the series of madcap and dangerous evens he finds himself in are part of the show, and goes along with everything that happens.
Although the film was not incredibly well received at the time of its release in 1997, the film – whose title is a parody of the Alfred Hitchcock film ‘The Man Who Knew Too Much’ – benefits greatly from lead actor Bill Murray, who is on fine form here.

JOHNNY ENGLISH
Johnny English (Rowan Atkinson) is an MI7 agent with dreams of becoming the perfect spy. The trouble is that while he is hugely confident, he is rather lacking in the intelligence department. After a blunder leads to a bombing that kills all operatives from the agency, English finds himself the last British spy standing with a mission to protect the Crown Jewels from being stolen.
Atkinson’s character in ‘Johnny English’ is based on a character he played in a series of Barclay Card ads, and since the film showcases Atkinson at his bumbling best, it is not surprising that the film got a sequel – ‘Johnny English Reborn’ – released in 2011.

SPY HARD
Comedian Leslie Nielsen turns his sights on espionage in this 1996 comedy that send up the greatest movie spy of all time; James Bond. Nielsen plays Agent WD-40, who is tasked with stopping the dangerous General Rancour (Andy Griffith) from taking control of the entire world. While the plot of ‘Spy Hard’ may be slightly familiar, the film is a delight because of its silly jokes, horrendous puns and general irreverence. The film’s title song was performed by ‘Weird’ Al Yankovich in a parody of the ‘Goldfinger’ theme sung by Shirley Bassey.

THE ‘AUSTIN POWERS’ FRANCHISE
Where would spy comedies be without the ‘Austin Powers’ films!? Also devised to send up the James Bond franchise, Mike Meyers stars in this hugely successful franchise as hero spy Austin Powers, and dastardly villain Dr. Evil. Throughout the franchise Dr. Evil attempts to take over the world, go back in time and steal Austin’s mojo, and go back in time again to being back a mad scientist.
Austin Powers was born out of complete love for James Bond and is a beloved and rather silly franchise that dominated the box office in the late 90s and early 00s. There have been many rumours as to a fourth film in the franchise, but for now, we shall just have to wait and see.

SPECTRE is in Irish cinemas now