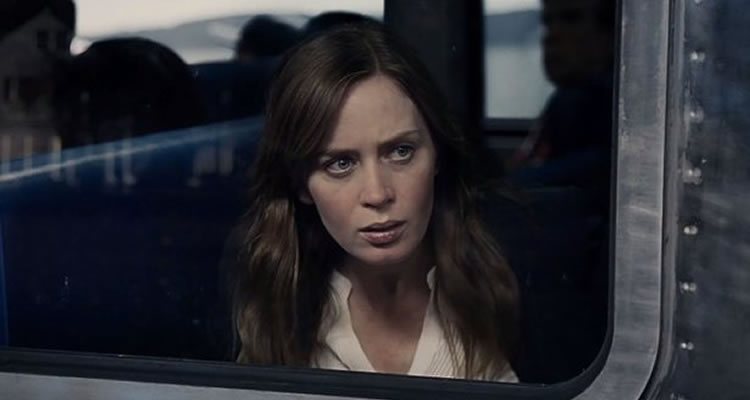 The Girl on the Train

THE GIRL ON THE TRAIN (USA/15A/112mins)
Directed by Tate Taylor. Starring Emily Blunt, Rebecca Ferguson, Haley Bennett, Justin Theroux, Luke Evans, Allison Janney
THE PLOT: Since she sees her and her seemingly perfect life from the train as it passes her home every morning, Rachel (Emily Blunt) develops a fascination with Megan (Haley Bennett), who seems to have everything that Rachel wants in life – “She’s what I lost, she’s everything I want to be”. One morning, however, Rachel sees something out of the ordinary, and finds herself drawn into a missing persons case.
THE VERDICT: Based on Paula Hawkins’ bestselling novel of the same name, ‘The Girl on the Train’ not only follows the fad of films with the word “Girl” in the title – ‘Gone Girl’, ‘The Girl With All The Gifts’, ‘The Girl with the Dragon Tattoo’ – but is a strong thriller with plenty of twists and turns to keep the audience guessing.
Emily Blunt is on wonderful form as Rachel. Not only is Blunt’s drunk acting top notch, but she gives Rachel a fire and a fragility that makes the character compelling. Haley Bennett continues her current run of choosing strong roles as the manipulative and damaged Megan, and Rebecca Ferguson, although Anna is a somewhat loathsome character, makes her rounded and watchable. Luke Evans, Lisa Kudrow, Allison Janney, Edgar Ramirez and Laura Prepon are sadly underused, but Justin Theroux has a whale of a time with the protective but secretive Tom.
Erin Cressida Wilson’s adaptation of Paula Hawkins’ novel stays true to the book for the most part, although switching between character perspectives and stories feels a little more clunky on screen than it does on the page. The audience is given a chance to understand the female characters – even though there is an argument to be made that these vulnerable women are taken advantage of in the film, and painted badly – but Rachel is the woman around whom the story revolves. The mystery is carefully built throughout the film, which keeps the audience engaged, and as well as elements from the original story being removed, new characters have wisely been introduced for the film in order to keep it moving.
As director, Tate Taylor amps up the unsettling feel of ‘The Girl on the Train’, which starts from the opening moments, and carefully builds suspense as the story unfolds. The performances are well directed – particularly Blunt – and the pace of the film is well structured, and keeps moving as Rachel tries to fit the pieces of the puzzle together. There are some times when elements of the film are skimmed over and feel unsatisfying, and a certain character’s behaviour in the climactic moments of the film is rather problematic, but for the most part, Taylor has easily made the jump from the gentler ‘Get on Up’ and ‘The Help’ to this taut and engaging thriller.
In all, ‘The Girl on the Train’ is a carefully constructed thriller, with a slight Noir-esque, ‘Gas Light’ feel about it. The adaptation from book to screen is strong and Emily Blunt has rarely been better as she is as Rachel. There are issues with the film – particularly in the final act – but ‘The Girl on the Train’ is still suspenseful and entertaining.
RATING: 4/5
Review by Brogen Hayes