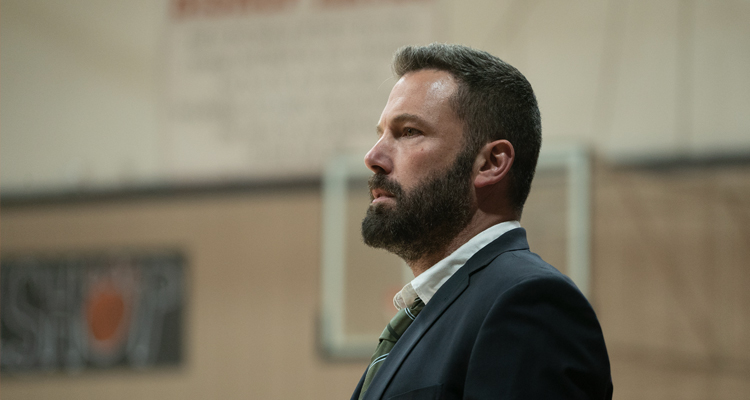 Out now to watch on demand, “Finding The Way Back” stars Academy Award winner Ben Affleck (“Argo,” “The Accountant”) as Jack Cunningham who back in High School had everything going for him. A basketball phenom, he could have punched his ticket to college or even the pros, but, instead, he chose to walk away from the game, forfeiting his future. Jack’s glory days are long gone…but, as it turns out, not forgotten. Years later, he gets the chance to take back his life when he is asked to coach the struggling basketball team at his alma mater. Jack reluctantly accepts, surprising no one more than himself, and as the boys start to come together as a team and win, Jack may get his last shot at redemption.

Gavin O’Connor who also directed “The Accountant” and “Warrior” talks here about the making of his new film & teaming up with Ben Affleck again.

This film has several different themes apart from basketball, but what is it about sports films that appeals to global audiences?Well, I think the best sports films are not really about the team winning; it’s always about these personal victories, which is how I think sports can be a metaphor for life.  I like to say “Basketball is life in short pants”—in how you approach basketball, there are so many tools that apply to life.  Sports demonstrate the scope of human possibility: what’s unachievable becomes achievable, the impossible is what no one can do until someone does it.  So all these things in sports resonate because you’re inspired.  You can be healed, there’s redemption, and there’s hope.  It gives people all that.

I know that you’ve worked with Ben Affleck before in ‘The Accountant’, and in both movies he had very challenging but very different roles.  What does he bring to a film?
Well, on The Accountant, we had to create a character that was so far from who Ben really is, so that was challenging in its own way to honor and depict someone on the spectrum in a way that felt authentic.  It took a lot of work together.  And in The Way Back, the character in a lot of ways was also very different from Ben and obviously, in certain ways, he was similar to Ben, so the challenge there was Ben’s willingness to reveal that side of himself in a very honest, and truthful and authentic way using facets of his own life to dramatize the character’s story.  And once I saw that he was really willing to go there, I knew that, if anything I was making something honest.

Can you talk about redemption as a central theme of the story, not only for Jack but those around him?
With regards to just redemption, vis-a-vis the characters, it’s pretty clear that the team becomes a reflection of Jack’s intensity and toughness.  It becomes a reflection of Jack’s philosophy as a coach—he has a very old school approach—and these kids slowly start to absorb his coaching philosophies.  At the same time, he starts gaining things from the kids.  This is a guy who was kind of the walking dead, because he isolated himself; he was living disconnected from everybody, and his closest friend, his confidant, his relationship was with alcohol.  That’s his life, because he was filling a big hole that was inside of him.  So for me, what was important was that Jack gets an opportunity to expand and grow as a man, because he’s coming back to life again coaching these kids.

Let’s talk about the young actors you assembled.  What set them apart during your auditions, and how do you think they did?
I’m very proud of the kids.  It was pretty rigorous casting sessions with them because I needed kids who could act and deliver a performance, yet also be believable as a high school basketball player.  I needed kids who you could believe were good enough to play on the high school team.  And there were kids who came in and read that were really good, but I got them on a basketball court and they couldn’t play, even though they said they could (laughs).   Everyone said they were really good at basketball; they want the part.  So it was eliminating those kids.  And then it was just a process of finding kids and making sure they could play.  And then once I narrowed it down, I put together a scrimmage where I brought in all my finalists, like say maybe three kids for each role.  Even though I knew who I wanted, they still had to go through this scrimmage and prove themselves on the court in a competitive way.  And that separated the men from the boys.  And then after that it was just a joy.

How did working with Ben influence their work on the set, and how did working with them influence his?
Most of these kids had never been in a movie before; they had never been on a film set.  So they were very innocent and wet behind the ears and very eager, but they also needed to learn.  There’s a discipline to making movies and an expectation of you and this is your job right now, and so I think Ben and I were mentoring these kids in a lot of ways.  And Ben was great with them.  He did a lot of mentoring.  He set the example of what it’s like to be an actor on set—being on time, knowing your lines, treating everybody with kindness and decency—you know, these things that not every actor does, but these kids were learning the right lessons about how to behave on a film set.

Yeah, and for Ben, you know, he was a 19-year-old actor who got his first film job in ‘School Ties’, so I think he was reliving a lot of that with these kids and felt a great responsibility to mentor them, so they can go off and have film careers or acting careers.  And Ben was amazing because he would show up in the morning and never left the set.  I’d watch him in-between set-ups, and he’d just be up in the bleachers with the kids talking and answering questions and he became really close with them.  And I think that whole kind of innocence and the eagerness and the greenness of these kids was inspiring, because it was a reminder of why we’re doing this, you know?  It was beautiful.