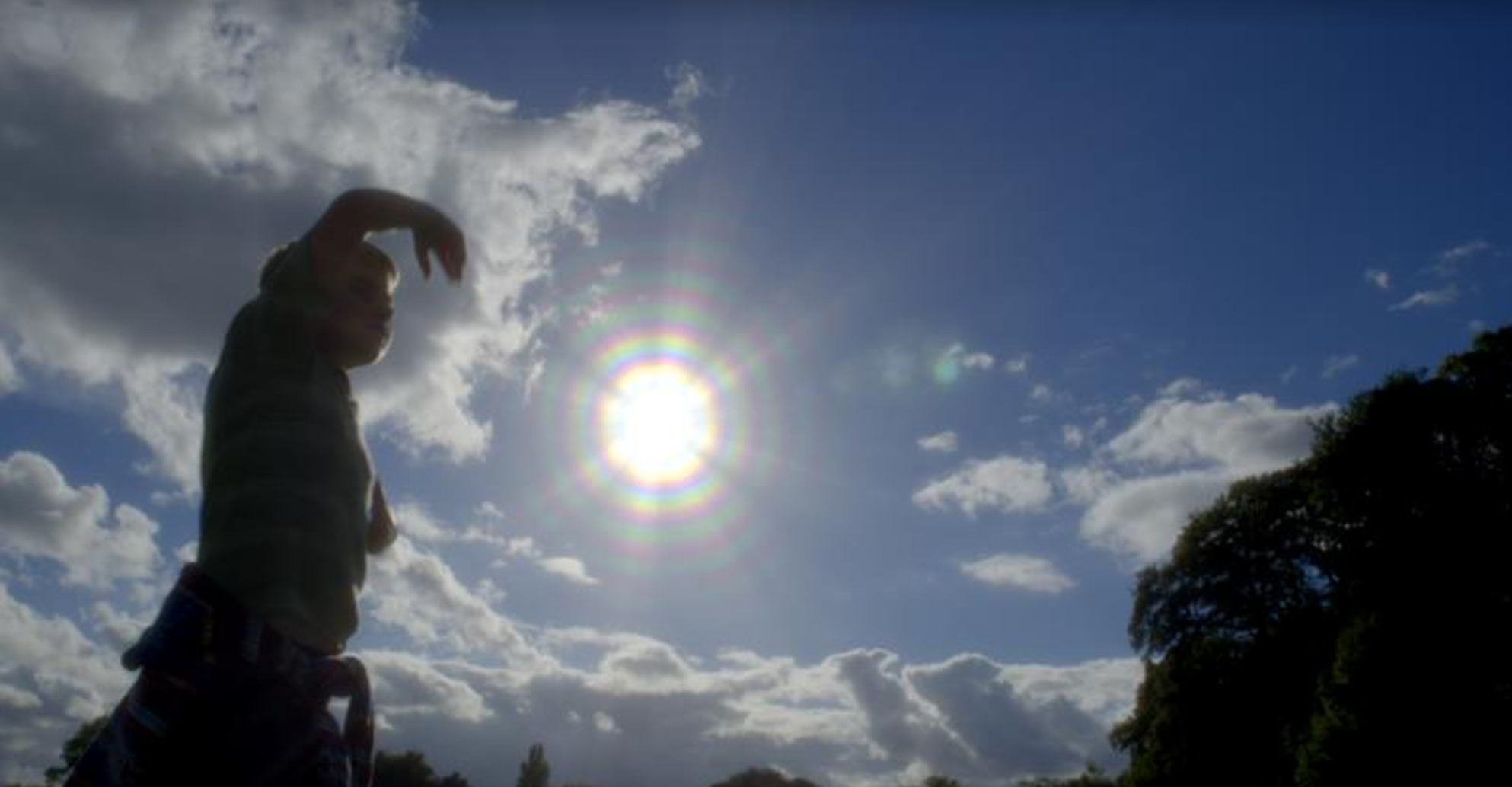 A film with a trans character at the heart of it, telling a universal story: When Kate goes back to see her mother after a few years away, she realises that far from being ready for a day out, her mum is gravely ill. And no one thought to tell her. So she takes matters into her own hands and although she doesn’t get the day she wanted, she gets the day she needed.

Mum will be screening as part of New Irish Shorts 3 at the Galway Film Fleadh on July 13th. 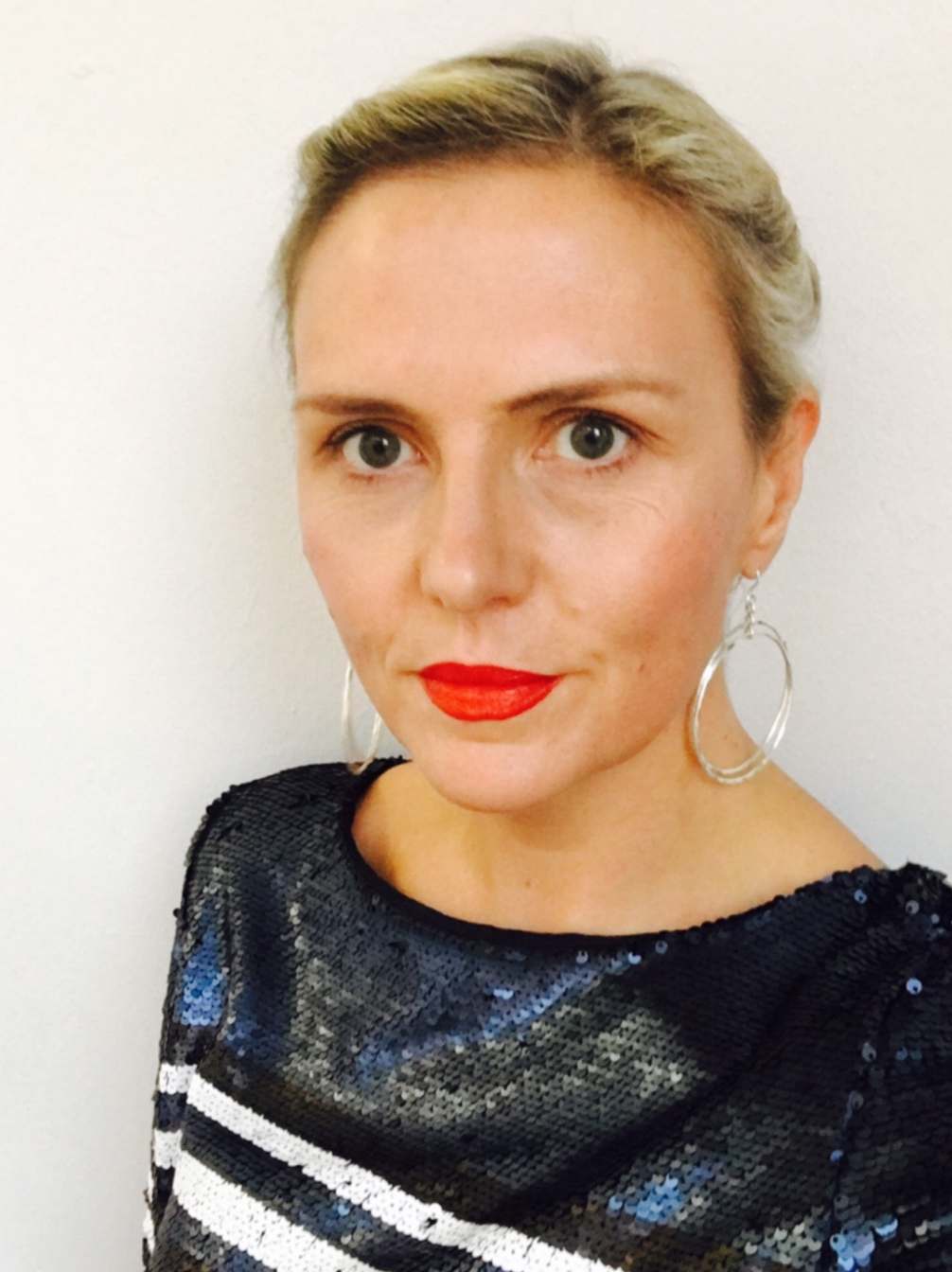 Congratulations on the film, how would you describe it for someone yet to see it?

Thank you! I’d say that it’s a film about a mother and a daughter who have always been close, spending a day together when it suddenly becomes clear that Mum is ill and time is precious.

How did you get your original idea and when did you begin the writing process/How long did the whole project take?

Kate O’Donnell (who plays Kate in MUM) is a good friend of mine and as a leading trans actor and activist I’ve always wanted to work with her creatively. We often discuss the way that transgender people are portrayed in film and TV (the fascination with the transition, the no-one-will-ever-love-me storyline, sex workers or outsiders) and we wanted to move that narrative along. To have a transgender central character in a universal story. And so I met Kate and I asked her what story she would tell if she could and it simply came from saying she’d love to go home and paint her mum’s nails – something she used to do when she was younger – but is impossible to do because her step father makes life difficult (he’s always been difficult, way before Kate transitioned!) and so we built the story around her own story.

Kate and I discussed it over a few weeks and the actual writing of the script took a couple of days. That was in January 2016 and we filmed in July 2016. It was edited and posted over the summer and we had the finished film in September 2016. So 9 months from an idea to a first screening.

Was it difficult to take it from the writing phase to shooting the movie?

No. Not at all really. I just began asking people I was working with who they could recommend. I was introduced to the brilliant producer Kate Larking by Mark Herbert at Warp Films and then she began ringing around people she’d worked with before and then I’d call them up to tell them why I was passionate about making the project. My brilliant (Irish!) DOP was introduced to me by a friend – by lucky coincidence he was moving to the UK and then I rang people like Chris Wyatt who edited edited Dead Man’s Shoes (one of my favorite films) just thinking, he can only say no… and luckily he said yes. We planned the shoot well in advance and we shot MUM in four days with an extra day for location shots.

You had to cast three characters for the three stages of life where we meet Kate, how challenging was that?

Although we are telling a universal story we wanted the project to be a transgender positive film. So both actors playing Kate are trans actors. Ash Palmisciano played adult Andrew and little Andrew is played by Joe Pearson, who was only nine at the time of filming. We spent a day with trans kids auditioning for the role and it was a very moving experience. I think – especially for me as a parent – to see these parents come with their kids who have so many challenges facing them in the world, to see Kate who is so confident and positive was a great experience. Ash had appeared with Kate in BBC 2’s Boy Meets Girl and we just knew he was right for the role. So a very pain free casting experience.

At what stage of development did Kate O’Donnell come on board?

From the outset – it was very important that it was her story because we are best mates (should you have a best mate at 42? Probably not, anyway….) and it’s a personal story and for me to direct for the first time I wanted to feel a personal connection to the story.  (Kate and I have been friends since 1999, before she transitioned. We met when I went into a restaurant in Manchester where she was working, looking for a job. She liked the cut of my jib and insisted that the manager give me a job!)

Did Kate work with Ash Palmisciano or the younger actor Joe on the character?

I travelled to Ipswich to spend two days with Joe to work on the character but it was more to make him feel comfortable so that when there was a crew of twenty, and lights, cameras and monitors he felt like he could perform naturally. Lee Boardman worked with Ash on the lines because there was a scene that was cut where they were going to be together in the garden and he gave Ash good advice. Kate gave Ash some tips on how she would speak and act when she was Andrew and what her relationships with her family were like, and talked to Joe at length about what she was like as a little boy, so it was a joint effort.

Was it difficult to explain the role with a younger actor?

No. Because Joe is trans there was an innate link to what we were doing and anything over and above was simply a matter of explaining the feeling behind what I wanted and getting him to interpret it, which he did brilliantly I think.

Lee Boardman who played villain Jez in Coronation Street plays Carl, what did he bring to the role?

Lee is a brilliant actor and had played some very intense characters over the years. Carl is so against type for Lee. Carl’s a fence sitter, a people-pleaser, a ‘don’t-mention-the-war’ merchant. He loves his sister but she is the one in the family who names the game, whereas Carl would rather make a cup of tea and hope that everything goes away. I love that way that Lee brings a brother energy, that we see that even in adulthood we have these assigned roles in families, that Kate can ring him up and hope he’s laid some ground work (which is why when he hasn’t said that Mum’s really ill she is disappointed if not surprised). I love how Lee holds the uncomfortableness of the argument between Graham and Kate in his physicality – like he’s having to breathe through it.

The film won best LGBTQ film at the London independent film festival – how did that feel to have the film acknowledged?

We were really proud. It’s always daunting to put your work out in the world and to have it acknowledged in this way is very special.

Galway is such a prestigious festival that being selected gives MUM a real stamp of approval in the short film world. Personally too I’m really excited about Galway because I went to university there so it’s a lovely feeling to be back here with my directorial debut.

What other movies inspired you for ‘Mum’?

Oddly enough ‘Broke Back Mountain’ was the first film I discussed with Colm (the DOP). The vastness of the sky and the landscapes juxtaposed (oh god, I’ve just used the word ‘juxtaposed’!) with the claustrophobia of the domestic world really inspired me when thinking about MUM.  I like quiet films that speak volumes in the things that go unsaid and things are put up with in families. Two very different examples of this, but that are both favourite films of mine are Fish Tank by Andrea Arnold and Sam Mendes’ American Beauty.

What advice would you have for any young writers/directors starting out?

Write. Don’t say you’re writing, do it. Every writer who makes a living as a writer that I know, writes every day. Don’t be afraid to take a ‘no’ and dust yourself off. Find the people you admire and get in touch with them, don’t tell them how brilliant you are or try to get them to read your script, offer yourself in a practical capacity, show them you’re willing to work, offer to make the tea!  And when they see that you’re good at making a cuppa and are genuinely interested in sticking around for the long haul then you can ask them to read your script!

What’s next for you?

I have written and am due to direct my first feature.