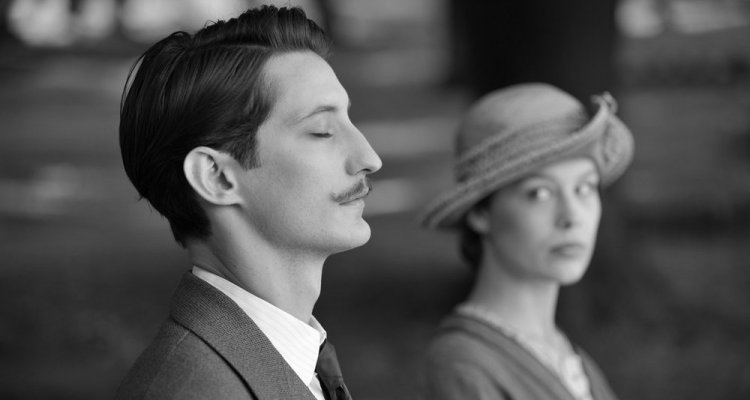 FRANTZ (France | Germany/12A/113mins)
Directed by François Ozon. Starring Pierre Niney, Paula Beer, Ernst Stötzner, Marie Gruber, Johann von Bülow
THE PLOT: Germany, 1919. Anna (Paula Beer) is a young woman who is grieving for her late fiancé, Frantz (Anton Von Lucke). Having died in the killing fields of WWI, Frantz also left behind his parents Hans (Ernst Stotzner) and Magda (Marie Gruber). While visiting Frantz’s grave, Anna notices a young Frenchman leaving flowers. She gets to know him as Adrien (Pierre Niney). He was a friend of Frantz’s whom he knew before the war during their time in Paris. As Anna and Frantz’s’ parents get to know Adrien, it appears that he is harbouring a dark secret, but is unable to tell them…
THE VERDICT: Never one to sit on his laurels or make the same film time and again, Francois Ozon’s latest film ‘Frantz’ is arguably his best in the past decade. It’s partially based on the 1932 Ernst Lubitsch film Broken Lullaby, with Ozon adding his own elements to the screenplay with Philippe Piazzo. It’s an elegant and evocative film from the beginning, capturing the tension of Franco-German relations in the wake of the devastation caused by WWI. The real war is between politicians, not young men who have to die for their country to prove a point.
All of this is on a deeply personal level though, as we follow Anna’s journey through grief, despair, confusion and hopefully a realisation that life has to go on. Beer is excellent at capturing that quiet sense of grief here. She’s tender and quietly self-contained, saying much more than what’s actually on the page. Equally good is Niney, in a much more involving role than the vacuous Yves Saint Laurent biopic. As Adrien says at one point, ‘my only wound is Frantz’. It’s a wound that runs deep throughout the film, with Frantz himself becoming a shadow that never leaves the frame of the camera and is felt throughout.
While it’s ostensibly a black and white film in both look and tone, Ozon makes some subtle use of colour here and there. He uses it for flashback sequences to happier times and also for echoes of the past into the present. It’s a nice stylistic touch. While it looks like the story wraps up half-way through, the second half of the film sees Anna travelling to Paris as the mystery of Adrien and Frantz’s relationship deepens further. A lesser director might drop the ball here, but Ozon ensures that the second half is every bit as dramatically satisfying as what came before. A very fine film indeed.
RATING: 4/5
Review by Gareth O’Connor