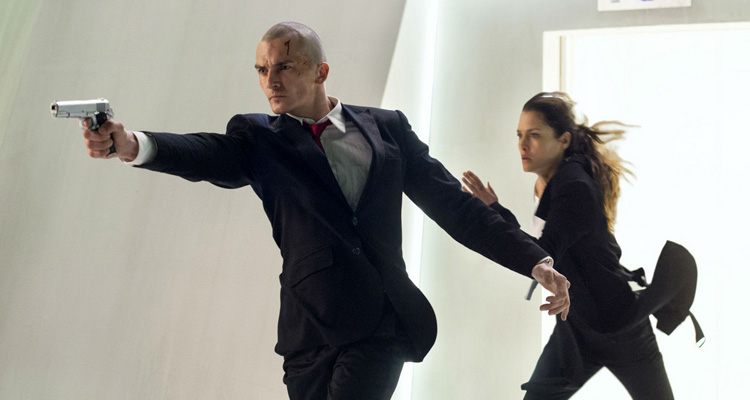 FIVE MOVIES BASED ON VIDEO GAMES WE’RE EXCITED ABOUT!

Super Mario Brothers. Street Fighter. Mortal Kombat. Tomb Raider. Resident Evil. Doom. Silent Hill. Max Payne. Need For Speed. You don’t have to try very hard to find a movie based on a video game, but you do have to put the leg work in to find a GOOD movie based on a video game. When the best of the bunch to date is the lacklustre blockbuster Prince Of Persia: Sands Of Time, you know you’re in the bad state of affairs.

Hitman: Agent 47 hopes to change all that, with Rupert Friend playing the titular assassin, and fingers crossed it’ll wipe clean the slate of the 2007, Timothy Olyphant starring take on the same game. Watch the trailer below.

With Hitman Agent – 47 in mind, here’s five more upcoming video game-to-movie adaptations we’re allowing ourselves to get excited about!

A couple of first-time directors are working from a script by Jon Vitti (The Simpsons, The US Office, King Of The Hill), with a sty full of famous names (Peter Dinklage, Bill Hader, Kate McKinnon, Jason Sudekis, Josh Gad, Maya Rudolph, Danny McBride and loads more), but can they pull off a movie length story based on a game were you fire birds at structures in order to displace the pigs inside? We’re certainly hoping so, but the makers are keeping the plot fairly close to their chest right now.

This is truly considered to be the potential turning point where video games adaptations have their full potential realised in much the same way comic book adaptations are right now. Directed by Duncan Jones (Moon, Source Code) and starring fantastic character actors like Dominic Cooper, Ben Foster, Paula Patton and Toby Kebbell, considering that the massive fantasy game has had over 100 million accounts created since it began, this could be aiming for The Lord Of The Rings sized box office.

Michael Fassbender and Marion Cotillard reteam with their Macbeth director for this sprawling, epic, time-spanning sci-fi. Starting off in the not-too-distant future, a young man (Fassbender) is placed into a machine to physically visit his ancestor (also Fassbender) during the Third Crusade into Jerusalem to find an ancient artefact that could potentially save the world. Expect stunning visuals and, if the games are any indication, lots and lots of sequels.

First it was David O Russell (American Hustle, The Silver Linings Playbook) directing Mark Wahlberg and Robert DeNiro. Then it went to Neil Burger (Limitless, Divergent), with talk of Nathan Fillion in the lead role. Then it was Seth Gordon (The King Of Kong, Horrible Bosses) with rumours of Chris Pratt. Right now, there’s no confirmation of any director or star being involved, but the modern updating of an Indiana Jones-type adventure is absolute ripe for the big screen. Can we make a suggestion? Bradley Cooper, directed by Joe Carnahan. You’re welcome, Hollywood!

THE LAST OF US
Due Date: TBC

One of the best games ever made (seriously, check it out if you haven’t yet), there’s still only whispers of what’s going on with this post-apocalyptic survival thriller. When a plant-based virus goes airborne, the few that are immune must survive in a world collapsed and filled with ravenous zombie-type creatures. Sam Raimi is on board as the producer, while Game Of Thrones’ Maisie Williams has been signed on as Ellie, the girl who could single-handed help save the world.