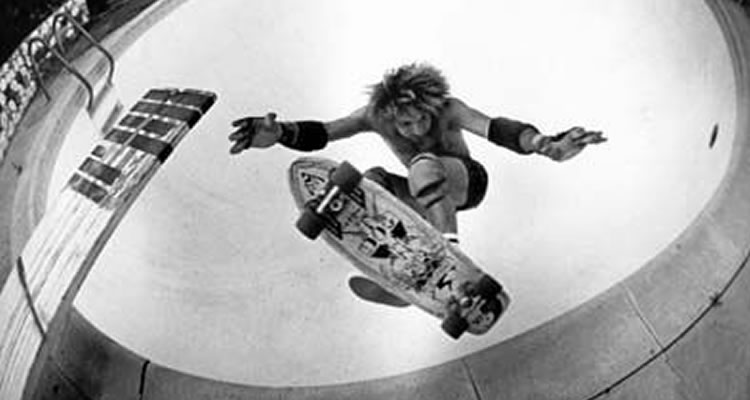 During the Cold War, the Soviet Red Army ice hockey team dominated the sport both at home and across the world. In the upcoming documentary ‘Red Army’, for the first time, the former players speak out about how intense their training was, the rise and fall of the Cold War, and how the extraordinary achievements of the team and its players mirrored social and cultural events in the world at the time.

‘Red Army’ is released in Irish cinemas this week, and is a dark, funny and engrossing film. With this in mind, Movies.ie takes a look back at some other great sports documentaries of recent years.

‘When We Were Kings’ focuses on the famous Rumble in the Jungle heavyweight championship boxing match between Muhammad Ali and George Foreman. The film starts with the build up to the fight, and includes the background leading up to the event, and raises issues around the decision to stage the fight in Zaire, which at the time, was under the dictatorship of Mobutu Sese Seko. The film also shows the now famous fight between two hugely popular and talented athletes; Foreman at the top of his game as world heavyweight champion, and Ali the beloved former champion. The fight saw Ali regain his title against the odds, while beating a younger and fitter man.
‘When We Were Kings’ has been highly praised, and as well as receiving strong reviews from the late great Roger Ebert, it went on to win the Oscar for Best Documentary Feature in 1996.

Former member of the Zephyr skateboard team – also known as the Z-Boys – Stacy Peralta directed this documentary about the famed team and their influence on skateboarding and popular culture of the 1970s.
Narrated by Sean Penn, the film explores the history of skateboarding in California, especially the areas known as Dogtown; Venice and Santa Monica. Combined with archive footage of the team at their height, testimonials and interviews from former members of the team, the film explores how a drought in the area suddenly meant swimming pools were empty and, due to the national attention the Z-Boys got from competing in skateboard championships, Dogtown became a skateboarding hotspot.
‘Dogtown and Z-Boys’ gained attention after it won several awards at the Sundance Film Festival and went on to gross over $1 million at the US box office.

Before director Asif Kapadia turned his attention to Amy Winehouse, his film ‘Senna’ won huge critical and audience acclaim. The film chronicles the life and death of Brazilian racing driver Ayrton Senna, who won three Formula One world championships before he was killed in an accident while leading the 1994 San Marino Grand Prix. The film combines archive footage of Senna’s life, which illustrates the stress he was under as a sportsman, with interviews and talking heads from those who knew him and the sport.
‘Senna’ was hugely well received by fans and critics alike for allowing the story to unfold on screen, rather than turning Ayrton Senna’s life into a dramatic, narrative film. The film went on to win the Best Documentary and Best Editing BAFTAs in 2011.

Henry Alex Rubin and Dana Adam Shapiro’s low budget documentary focuses on athletes who play wheelchair rugby. Focusing on the Canadian and US teams in the lead up to the 2004 Paralympic Games, the film underlines the skill, tenacity and strength of these Paralympic athletes, way before the success of the 2012 Games in London thrust the sport onto a world stage.
As well as following the athletes on the court, as they crash their reinforced wheelchairs one another, the film focuses on a young man recovering from an accident that has changed his life. The athletes encourage him at every turn, as well as visiting soldiers wounded in Iraq. ‘Murderball’ is a film about the sport, but also about the incredible odds the players have overcome to be world-class athletes, and their generosity in helping those coming to terms with recent injuries.
As well as being hugely acclaimed, ‘Murderball’ was nominated for Best Documentary Feature at the 2006 Oscars, but lost out to ‘March of the Penguins’.

Not to be confused with ‘The Undefeated’, a film about Sarah Palin also released in 2011, ‘Undefeated’ is a documentary about a Memphis high school football team, the Manassas Tigers, and their struggle to score a winning season after a myriad of losses.
The film outlines the social and economic background of these high school athletes; from a once prosperous town fallen into poverty, football is not only a sport, but a way for many of them to get college scholarships and improve their lives. ‘Undefeated’ focuses on the team coach Bill Courtney, and three young players as they train and fight for a year to be the best. Comparisons have been drawn to the documentary ‘Hoop Dreams’, but ‘Undefeated’ focuses on Coach Courtney as he struggles to balance his day job, his work with the team and his family life, to turn The Tigers around after a disastrous season.
In 2012, ‘Undefeated’ won the Oscar for Best Documentary Feature, and was praised for being emotional, moving and engrossing.

Honourable Mentions to… ‘The Armstrong Lie’, ‘Touching the Void’ and ‘The Endless Summer’.

‘Red Army’ is released in Irish cinemas on October 9th 2015