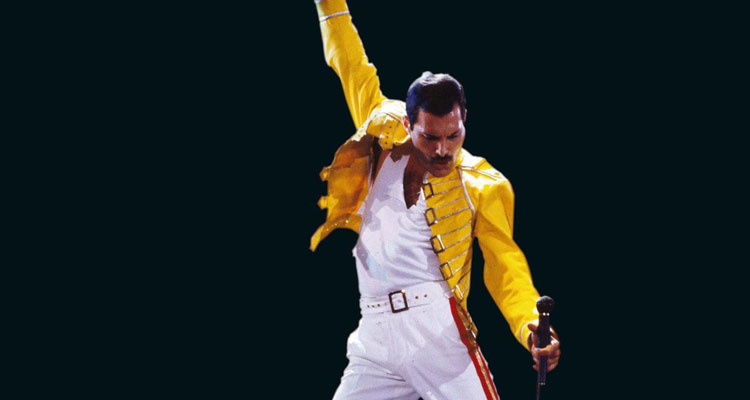 Courtesy of EW, we have our first official look at ‘Mr Robot’ star Rami Malek as Freddie Mercury, the legendary frontman of seminal rock band Queen. With Bryan Singer (‘X-Men: Apocalypse,’ ‘20,000 Leagues Under the Sea’) behind the camera, BOHEMIAN RHAPSODY focus on Queen’s formative years; leading up to the British rock band’s heralded appearance at Live Aid in 1985.

Talking to the outlet, Malek revealed the plan is to use both his and Mercury’s voices on the soundtrack. “We’re going to use Freddie as much as possible and use myself as much as possible. I’m in Abbey Road [Studios] right now if that should say anything to you. I’m not working on my acting.”

BOHEMIAN RHAPSODY is pencilled in for a December 2018 release.