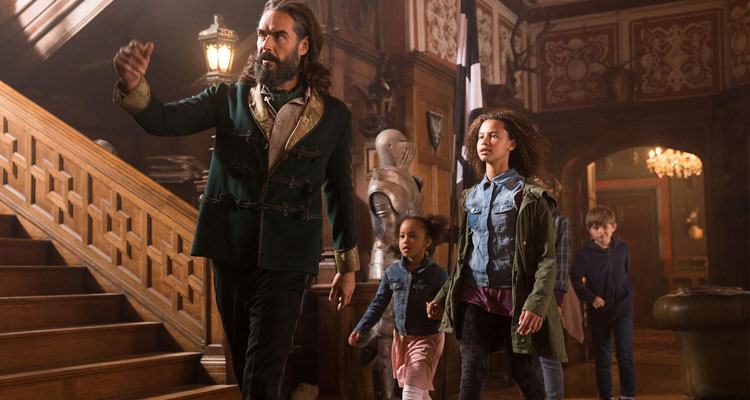 First Look at Russell Brand In FOUR KIDS AND IT

Our first look at the upcoming family adventure film based on Dame Jacqueline Wilson’s best-selling novel, ‘Four Kids And It,’ a modern twist on E Nesbit’s 1902 classic ‘Five Children and It.’

The film, which was shot in and around Wexford and Dublin earlier this year, is the story of four children who are horrified to learn that their beach holiday is in fact a bonding trip with their potential future step siblings engineered by new couple Alice (Paula Patton) and David (Matthew Goode).

During an argument, they accidently find a Psammead, a magical, sandy, grumpy creature called IT (voiced by Michael Caine) who can grant them one wish a day – only to see the wish cancelled as soon as the sun sets. The kids must learn to work together and choose their wishes wisely after an evil villain (Russell Brand) makes it his mission to steal the Psammead for himself. 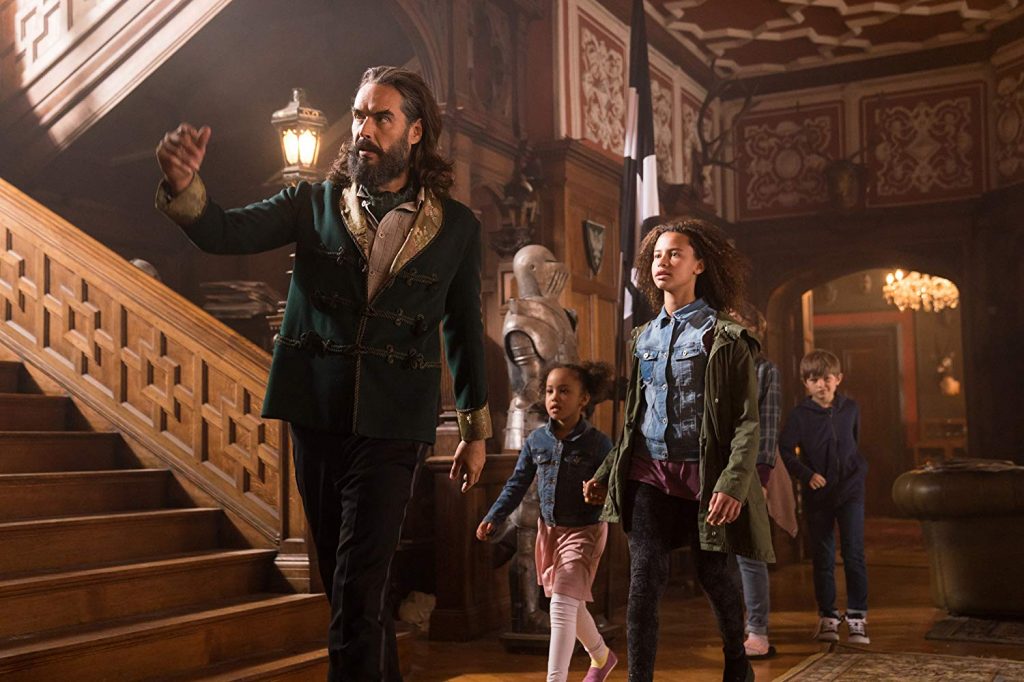 The children at the centre of the film are played by Ashley Aufderheide (‘Infinitely Polar Bear,’ ‘Going in Style’), Teddie Malleson-Allen (‘Swallows and Amazons,’ ‘Cider with Rosie’), Billy Jenkins (‘The Crown,’ ‘Humans’) and newcomer Ellie-Mae Siame.

‘Four Kids and It’ is directed by Andy De Emmony, whose credits include ‘Father Ted,’ ‘Red Dwarf,’ ‘Spitting Image,’ and ‘Dave Allen at Peace.’