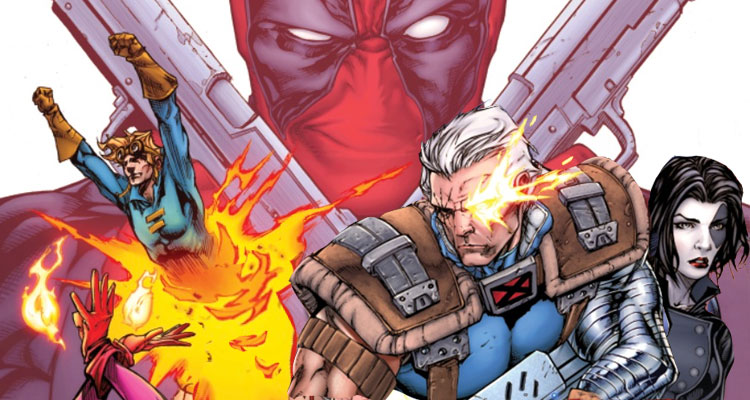 With Thanksgiving just around the corner, Ryan Reynolds has unveiled the first official one-sheet for ‘Deadpool 2.’ The holiday-themed poster brings together the family for a fun riff on Norman Rockwell’s ‘Freedom from Want’ painting.

Thanksgiving in our house is a glorious, non-stop car accident set to the music of cocaine. pic.twitter.com/ngCdgtpgct

Scheduled to arrive in cinemas June 2018, ‘Deadpool 2’ sees Ryan Reynolds reprising his role as the titular Merc with the Mouth, alongside Monica Baccarin as Vanessa, Leslie Uggams as Blind Al, Stefan Kapacic as Colossus, Brianna Hildebrand as Negasonic Teenage Warhead, and Karan Soni as one of Deadpool’s most memorable side characters, Dopinder. Beetz’s fellow newcomers include Josh Brolin (‘Hail, Caesar!’) as ‘X-Men’ favourite Cable and Jack Kesy (‘The Strain’).