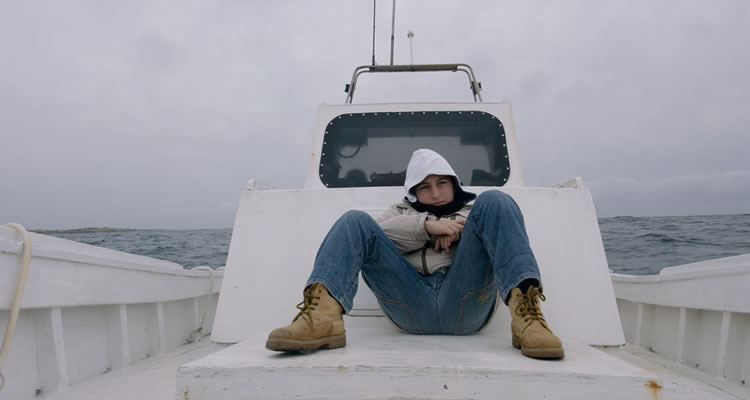 FIRE AT SEA (Italy | France/12A/114mins)
Directed by Gianfranco Rosi.
THE PLOT: Documentary maker Gianfranco Rosi shines a light on the Italian island of Lampedusa, the first place that many African refugees land in Europe. Rosi looks at both the life of the islanders and those who find themselves seeking refuge there, often after their crossing from African turns to disaster.
THE VERDICT: ‘Fire at Sea’ is a strange sort of film, being that it tries to blend the imagery of the people of Lampedusa with the plight of the African refugees who find themselves there, often without choice. The film is scattered and messy, and feels as though Rosi tried to make a film about the people affected by thousands of refugees landing on their small island home, but instead met a young boy who was so lively and raucous that he could not help but include him in the film.
Much of the film is taken up with this young boy, Samuele, as he roams around the island with his friend Matthias. The film follows the two as they make slingshots, argue over who gets to go on their tiny motorbike and, in one hilarious scene, as Samuele goes to the doctor complaining that he cannot breathe. The idea that the film could have been a look at the life of an anxious, hypochondriac kid who would not have been out of place in a Woody Allen film is an amusing one, and for the most part, Samuele is a joy to watch on screen, but he is not the full focus of the film.
The rest of ‘Fire at Sea’ is taken up with islanders calling the radio station to get songs played, talking about their lives as fishermen, and going out to see to rescue refugees on overcrowded boats whose lives are in danger. The final act of the film is taken up with filming these refugees as they arrive dehydrated and ill, healthy but heartbroken or dead. This throws up problems outside of the film’s narrative, as to who gave permission for these images to be used in the film? Many of the subjects seem to not be in a fit state to grant permission; so then this is where the film begins to feel exploitative. The plight of these refugees cannot be forgotten, but juxtaposing these images of extreme suffering with a young boy unable to aim his slingshot properly because he has a lazy eye feels reductive. Perhaps the point is being made that people die every day as we get on with our lives, but the adage of “Show don’t tell” goes too far here, and it by the end of the film, the entire message is a muddle, other than one short segment of a doctor being interviewed about his experiences, which is extremely powerful.
In all, it seems that ‘Fire at Sea’ director Gianfranco Rosi has tried to make a film about the people on both sides who are suffering due to crisis. The trouble is that without context, history or several answers, ‘Fire at Sea’ feels like an observational piece and not a cohesive film about a real life issue.
RATING: 1/5
Review by Brogen Hayes