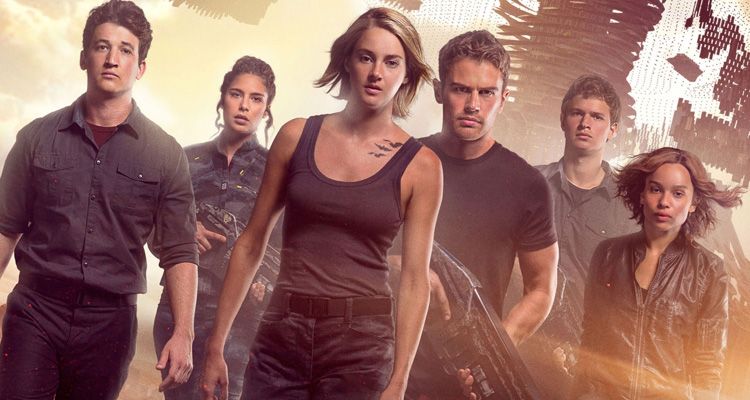 The folks over at Variety bring word that negotiations are underway to premiere the final film in the ‘The Divergent Series’ – ‘Ascendant’  – on the small screen, with plans to segue the dystopian story into a standalone television series set in the same post-apocalyptic world.

Based on Veronica Roth’s best-selling trilogy of novels, ‘The Divergent Series’ focus on a futuristic society where people are broken up into social and personality-related factions based on virtues. The story centres on Tris (Shailene Woodley), who learns she is Divergent and won’t fit in. When she discovers a plot to destroy Divergents, Tris and the mysterious Four (played by Theo James) must find out what makes Divergents dangerous before it is too late.

Like most of Hollywood’s book-to-movie adaptations nowadays, the final book in the series, ‘Allegiant,’ was split into two films. The fourth and final film was originally scheduled to hit cinemas June 2017, however it is thought that the lower than expected box office for ‘Allegiant’ put a spanner in the works.

The TV movie would wrap up the storylines involving the current cast and introduce a new cast, who would then continue the series on either a traditional or a streaming network like Netflix or Amazon. Although, it is unclear if Woodley, James, or other franchise stars, including Ansel Elgort, Zoë Kravitz, and Miles Teller, would return for a TV movie.