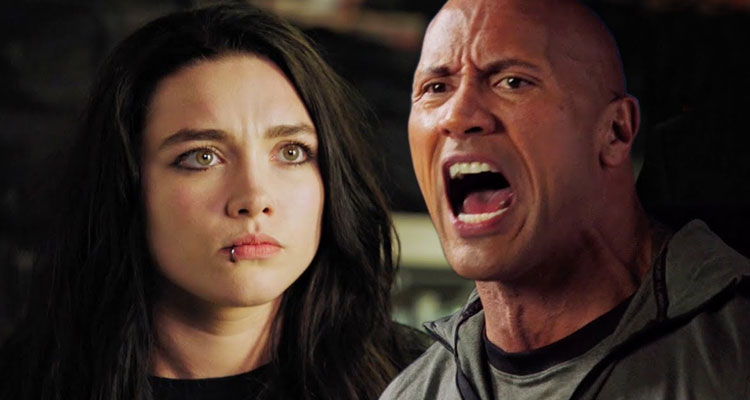 Fighting With My Family

The Plot: The Knight family of Norwich have wrestling in their blood. From a young age, Saraya (Florence Pugh) was wrestling with her brother Zak (Jack Lowden). This was encouraged by their parents Ricky (Nick Frost) and Julia (Lena Headey), so that the whole family can entertain locals as they slam each other in the ring. An opportunity comes up to try-out for the famous World Wrestling Entertainment in the US. Saraya makes the cut due to her gutsiness and determination, but expectant father Zak misses out. Saraya heads to the US with no-nonsense coach Hutch (Vince Vaughn), who intends to mould her raw skills into real talent worthy of a huge audience. She finds it far tougher than she imagined, but this outsider is not going to back down…

The Verdict: Wrestling conjures up childhood memories of Saturday afternoons watching Giant Haystacks beat other British wrestlers to pulp. Then there was the much bigger and glitzier WWF (now WWE), with its iconic wrestlers like the shirt-tearing Hulk Hogan. Writer/director Stephen Merchant no doubt had all this in mind, along with its culture clash potential, when making his second directorial effort Fighting With My Family. It’s based on the true story of Saraya Knight and her wrestling-mad family, previously told in a Channel 4 documentary. This is the dramatisation of how an unassuming young woman from Norwich ended up in the WWE. It also relates how she graduated from scrappy ring fights with her family to playing in the big league with more experienced American wrestlers.

It’s a predictable fish-out-of-water story, emphasised by Saraya’s otherness to the blonde, tanned models that are also trying out with her. This becomes a trial by fire for Saraya, but she wins them over with her own attitude and willingness to play ball and fit in. Merchant softens the blows of that predictability somewhat by strengthening the relationship between Saraya and Zak. This is where the heart of the film is, that sibling rivalry that frustrates Zak but encourages him to get behind his more talented sister. Without those well-written scenes by Merchant, it would just be a light character piece. Pugh and Lowden, two up-and-coming young actors who have had respective successes in Lady Macbeth and Dunkirk, are excellent here. They bring emotional heft to give this quirky story some resonance.

It’s fair to say that Fighting With My Family is a rousing, crowd-pleasing film, given that it inserts occasional appearances from former wrestler turned mega movie star Dwayne Johnson (who also executive produces here). Thankfully, he doesn’t overshadow the Knight family’s story, instead leaving the shouting and tough talk speeches to an on-form Vaughn. It becomes quite endearing watching Saraya adapt to the brash American style of wrestling, while not forgetting her scrappy Norwich roots and rough but salt-of-the-earth family. By the end of the film, you’re cheering her on with the rest of the crowd as she makes a name for herself. What it lacks in originality and depth, it makes up for in heart and humour – of which there is plenty. If Fighting With My Family was a wrestling match, it would be a B-show. As British wrestling films go, it’s much better than last year’s dull Walk Like A Panther and warrants a hearty recommendation.