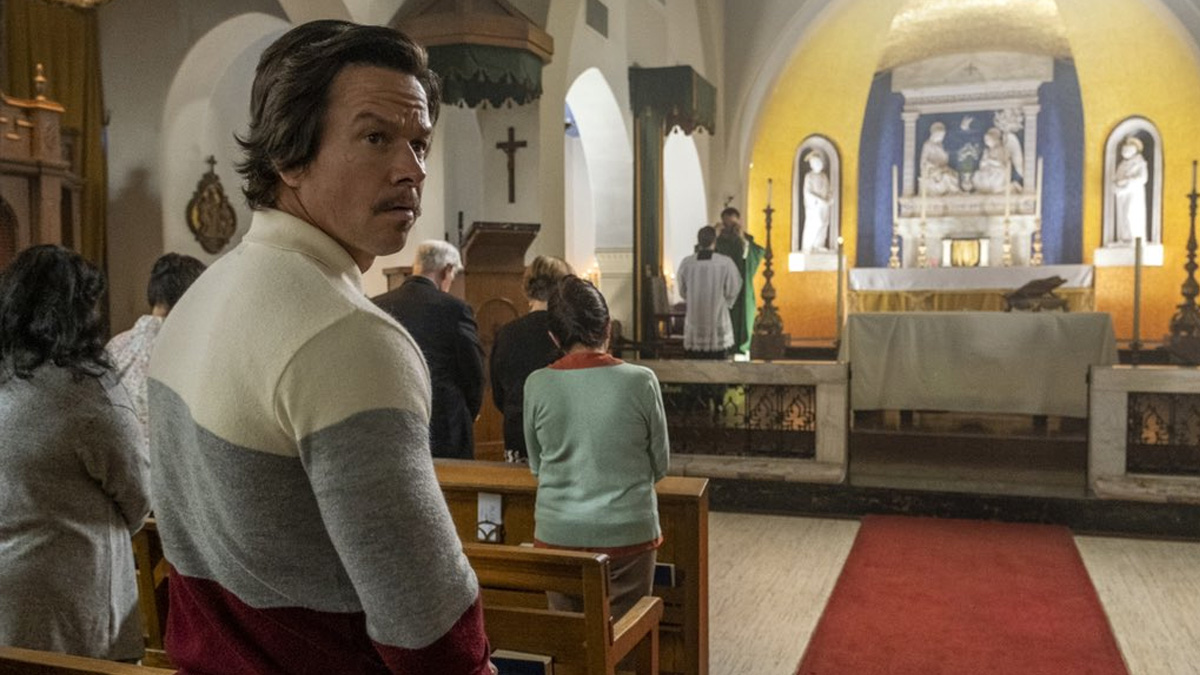 The Plot: Amateur middle-aged boxer Stuart Long (Mark Wahlberg) is no longer in his prime and if he continues, he risks permanent damage – much to the concern of his mother Kathleen (Jacki Weaver). Being realistic about this but still optimistic, he decides to up sticks from Montana and heads to Hollywood to become an actor and reconnect with his difficult father Bill (Mel Gibson). He starts small, hoping to get noticed in his supermarket job. He catches the eye of Carmen (Teresa Ruiz), a devout Catholic who contributes to her local church and community. He tries to win her over with his rugged but charming approach. To do this, he embraces God and finds inner strength in his newfound faith. God has other plans for him, but there are many challenges ahead…

The Verdict: Whenever an American faith-based film opens on these shores, it’s perhaps too easy to dismiss it as the kind of Bible-thumping melodrama that might appeal to our cousins across the pond – but not necessarily here where different cultural considerations come into play. The Shack was hardly a masterpiece after all. So, it’s with great relief that the fact-based Father Stu is a film that has a near-special quality to it that transcends the usual TV-movie-of-the-week delivery. The film relates the real story of Father Stuart Long, a boxer turned actor turned priest with a cowboy personality and an honest-to-God commitment to bettering himself. This being America of course, everyone deserves a second (or third) chance to start over, turn around their wayward lives and find a new calling. Long’s calling happened to be in finding God and in that, the film finds its own voice.

First-time writer-director Rosalind Ross (who also happens to be dating Mel Gibson) centres her film around Long or Father Stu as he became better known to his community. It’s a warts-and-all depiction of the man, not shying away from his fondness for swearing, penny barfly philosophy and coming up with colourful metaphors in his sermons. He’s a fighter in more ways than one and as his story unfolds, he ultimately wants to fight for God. There’s no doubting his conviction though. Once he sets his mind to a goal, he intends to achieve it. Watching his transformation from diamond in the rough to an earnest priest is the film’s driving force. There’s a humble quality to this ‘character’, as he embraces his faith and uses it to strengthen himself through the oncoming physical and mental battles that he can’t face alone. This humility extends to Ross’ unshowy direction, which has a raw, direct approach in tone with its subject. It’s a sweet-natured film, but it’s not sugar-coated as a doctor comes to say later on.

This is where Mark Wahlberg really shines in the title role. He has the swagger, charm and physical presence necessary to come across as the kind of guy who would either punch or bless another character, depending on the situation. There’s a lot of warmth and humour in his rounded performance, playing a man who knows his limitations but isn’t afraid to push beyond them. He also digs deep to come up with the dramatic gold to make Father Stu more than just a sympathy figure. As he finds God, embraces the unknown and repairs damaged relationships, Father Stu becomes a better person in the process but doesn’t change too much. Having funded the project himself and also produced it, Wahlberg is all over this film but he’s also generous with his co-stars. One gets the sense that Gibson is still atoning for his offscreen sins in playing a bitter father figure but he’s still got it where it counts. His scenes with Wahlberg crackle with decades of regrets and lost time, but gradually move to some sort of reconciliation. Teresa Ruiz also provides strong support as the love interest.

Father Stu keeps the faith with the character and the story throughout, with Ross knowing which emotional buttons to push but without adding cloying sentimentality into the mix. There’s apparently more to Father Stuart Long than what’s on the page and screen here, but a film can only condense a life into two hours and run with it. It’s time well-spent though and leaves a lingering thought. Amen to that.

In short: Keeps the faith