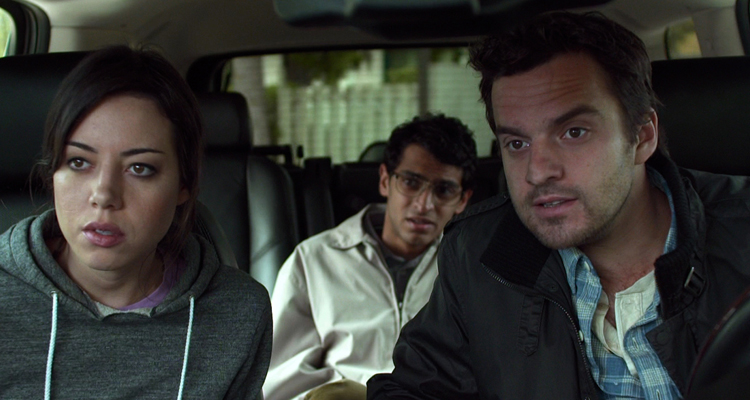 PROJECT ALMANAC is released in Irish cinemas this week, and tells the story of a group of high school students who find plans for a time travel machine among one of their fathers’ things. Time travel is a subject that has long fascinated film makers, so we decided to take a look back at some of the recent greats in the genre…

Rian Johnson’s third feature length film was a work of greatness, not least because Bruce Willis plays the future version of Joseph Gordon-Levitt, but also because the film is a refreshing take on time travel, and the potential paradoxes such travel could create.
When illegal organisations in the year 2074 want to get rid of someone, they send them 30 years back in time to be killed by a Looper. Joe (Joseph Gordon-Levitt) is one such Looper. Joe lives the high life, but knows that one day his loop will be closed, and he will end up killing his future self. What he doesn’t know, however, is that his future self may not simply accept his fate.
Rian Johnson throws aside the rules of time travel and, unlike many creators of time travel mythology, plays with and has fun with the paradoxes created by encountering yourself in the past. Messages are passed through scarring oneself, and there is little fear of ripping a hole in the space-time continuum by having coffee with yourself in a diner. Johnson directs with flair, and seems equally comfortable in the action scenes as the quiet ones. The dialogue is strong yet simple, and the themes of love and loss are ones that we are all familiar with.

BACK TO THE FUTURE director Robert Zemeckis has stated that the original setting for the film’s time machine – before the genius idea to make it a DeLorean – was to have it attached to a fridge. Knowing this suddenly makes having a time machine be a hot tub seem a little less silly.
Director Steve Pink’s second film places a group of friends at a ski resort, where they encounter a malfunctioning time machine that sends them back to 1986. The temporal setting for the movie allows for some great 80s jokes, and a couple of subtle jabs at BACK TO THE FUTURE – and allows the cast to behave badly, as they realise they must live this night the same way they did the first time around, in order for nothing to change. That said, they soon realise the opportunity they have been given to turn their lives around so, of course, hijinks ensue.
HOT TUB TIME MACHINE is supremely silly and over the top, but never tries to be anything other than a screwball farce and, although it was not a huge box office success at the time, fan response to the film means that a sequel – starring many faces familiar to COMMUNITY fans – will be released in April this year.

Remember two years ago when Domhnall Gleeson hadn’t yet been swept up by Hollywood and he made one of the sweetest time travel films ever? Of course, we’re talking about ABOUT TIME.
On his 21st birthday Tim’s (Domhnall Gleeson) father reveals a secret; that all men in the family can travel backwards through time. Being 21, Tim quickly takes on the search for love, and realises that even though he can change his past, the path to true love doesn’t always run smooth.
ABOUT TIME wilfully ignores many of the time travel ‘rules’ that we have learned through watching the great movies from our childhoods, and in this way, feels a little similar to THE TIME TRAVELLER’S WIFE; Tim can only travel back through his own timeline, there is no fear of ‘the butterfly effect’ and meeting himself not only doesn’t happen, but there is the feeling that if he did, it would not be the end of the world.
Richard Curtis’s story is literally riddled with plot holes, so much so that if one thinks about the logic of time travel too much, then the film will surely unravel under the weight of your questioning, but as it stands, it is just as warm, sweet and heartbreaking as you would expect from a Richard Curtis film.

One of the most intricate and detailed time travel films of recent years, PRIMER (probably) holds the honour of being one of the most argued about time travel films ever.
Before he made the warm, engaging but undeniably weird UPSTREAM COLOUR, writer/director Shane Carruth gave us his own theories about time travel with PRIMER.
Four friends who work as enginneers during the day, have a side business that funds their own experiments and designs. In trying to build a device that reduces the weight of an object, Aaron (Shane Carruth) and Abe (David Sullivan) accidentally create a time travel machine. The two initially use their machine to covertly travel back in time and make money on the stock market, but it is not long before their temporal movements result in paradoxes and consequences they didn’t foresee.
PRIMER is a time travel film that doesn’t rely on special effects or huge set pieces to tell its story. Instead, the film is very much about conversation and meticulous calculation. Carruth made the film for just $7,000 – most of which was spent on film stock – and wrote, directed, starred in and scored the soundtrack for the movie, which was well received and won the Grand Jury Prize at Sundance in 2004.

Before Colin Trevorrow ventured into JURASSIC WORLD, made a time travel film which, like PRIMER, is less about the travel itself, and more about the thought that goes into it.
The story comes about when magazine writer Jeff (Jake Johnson) sees a classified ad seeking a companion for time travel. Jeff takes takes interns Darius (Aubrey Plaza) and Arnau (Karan Soni) with him on an assignment to find out more about the man who placed the ad, and tasks Darius with getting close to him.
Each of us are curious about our futures and fixing things that went wrong in the past, and this is exactly the area that SAFETY NOT GUARANTEED plays on.
With Safety Not Guaranteed, writer Derek Connolly plays with the idea of regrets holding us back. Each of the characters has something in their past that is stunting their growth through life, and each of them comes face to face with this during the course of the movie. As well as this, there is a charming love story and a silly but fun sci-fi story that branches out into the realm of spies, conspiracies and stolen lasers.
Director Colin Trevorrow has coaxed sweet and gentle performances from his actors – Mark Duplass, Aubrey Plaza, Jake Johnson – added some silliness and a couple of montages and made a warm and well rounded story about the lengths we go to to hold on to the past. Yes, there are questions that are not answered – such as what is the story with Kenneth’s ear? – but these do not detract from the story as a whole.
SAFETY NOT GUARANTEED is a time travel film that is not about time travel, instead it focuses on human relationships and the hold that our past can have over us.

Honourable mentions to: X-MEN: DAYS OF FUTURE PAST, FREQUENTLY ASKED QUESTIONS ABOUT TIME TRAVEL and HARRY POTTER AND THE PRISONER OF AZKABAN

Do you have a favourite time travel movie from the last 10 years? Let us know in the comments below.