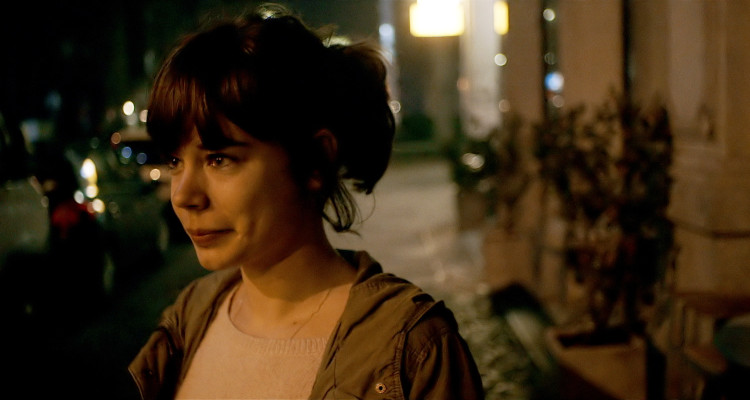 Fantastic long shots in the movies from VICTORIA to OLDBOY

‘Victoria’ is released in Irish cinemas this week, after winning a Special Jury Prize at the Audi Dublin International Film Festival in February. Filmed in one single take, Sebastian Schipper’s film follows Victoria (Laia Costa) on an unremarkable night in Berlin. In a nightclub on her own, but not wanting to go home just yet, Victoria goes for a drink with four men she has befriended at the club’s door, and finds herself drafted into a dangerous and violent plot.

Filmmakers including Alfred Hitchcock and Andy Warhol wanted to make films in one continuous take, but since they were shooting on film cameras – which can only hold a certain amount of film – it is only since the advent of digital cameras that this technique is truly possible. That said, although the technical achievement of ‘Victoria’ is extraordinary, the film also stands on its own as a gripping story. To celebrate this 138 minute film shot in one continuous take, Movies.ie has taken a look back over some of the best long shots in the movies.

RUSSIAN ARK
The second film ever to be shot in one continuous take – the first being Mike Figgis’ ‘Timecode’ – ‘Russian Ark’ follows an unnamed narrator as he wanders through the Winter Palace in Saint Petersburg, witnessing key events in the city’s 300 year history.

‘Russian Ark’ was shot over the course of just one day. The finished film is the fourth attempt at shooting the film; the first three were scrapped due to technical difficulties and, faced with a shortage of time and just enough battery left for one more attempt, director Alexander Sokurov gave it one more try, and thankfully it all worked out. Although Sokurov has rrefused to say just how many extras were in the film, or how much it cost, it is estimated that over 4,500 people were involved in the making of ‘Russian Ark’, making it a grand experiment that worked out wonderfully.

OLDBOY
Not the Spike Lee remake, but the original 2003 South Korean version, ‘Oldboy’ is the story of a man imprisoned for 15 years, before being released and given 5 days to find out just why he was held, and by whom.
Unlike ‘Russian Ark’, ‘Oldboy’ was not filmed in one single take, but there is one shot in the film that delights cinema fans; the hallway fight sequence, but even this is not filmed in one single take, although it is edited to seem so. A feat of choreography, wonderfully soundtracked and beautifully shot by Chung-hoon Chung, this almost 4 minute scene feels like it’s taken straight out of a video game and displays the tenacity of the lead character Dae-su Oh (Min-sik Choi) as he fights for the truth, and to stay alive.

TOUCH OF EVIL
Orson Welles’1958 film is the story of police corruption, kidnapping and corruption in a Mexican border town, all of which is kicked off with a bomb going off exactly on the border between the US and Mexico. The film opens with a single 3 minute 31 second shot of a bomb being placed in a car headed for the border, and the audience watches as the car heads toward its destination. The scene is wonderfully tense as people walk and drive alongside the doomed car, and this sets up the tone for the rest of Welles’ tightly wound thriller.

BIRDMAN
Before anyone gets enraged that we have dared to mention ‘Birdman’, we know that the film is not shot in one continuous take, but it edited to look as though it is. ‘Birdman’ is the story of Riggan (Michael Keaton), an actor best known for his role in a high profile superhero franchise, is mounting a Broadway play to reinvent himself, and get away from his most famous role. The trouble is that while Riggan wants to escape Birdman, Birdman does not want to escape Riggan, so the actor must not only deal with egotistical and highly strung actors, his daughter who is fresh out of rehab and his manic lawyer, but also his own delusions of grandeur, in order to make the play work.

Although ‘Birdman’ was not shot in one take, it was so carefully edited that there are only 16 visible and noticeable cuts in the entire film, and the actors had to perform up to 15 pages of dialogue in each take. Everyone messed up their lines, but since Zach Galiafinakis recovered from his mistakes so well, the shots were used in the film.

ATONEMENT
Based on a novel by Ian McEwan, Joe Wright’s ‘Atonement’ tells the story of lives being ruined after the jealous and petulant Briony (Saoirse Ronan) names the innocent Robbie Turner (James McAvoy) as a rapist, simply because she has a childish infatuation with him, and he is more enamoured with her older sister. When McAvoy’s character is sent into the army to pay for his crimes, and finds himself at Dunkirk in World War II. The shot of the armies at Dunkirk were filmed in the Northern English town of Redcar, and spans a total of 5 minutes and 8 seconds.

Shot by Seamus McGarvey, this famous and beloved moment in ‘Atonement’ almost didn’t happen since the shooting schedule was tight, and the sun wasn’t due to appear until the afternoon of the second day on location. Thankfully, the light was right and five takes of James McAvoy walking through the chaos and devastation at Dunkirk were shot. For those curious, the third take was used in the finished film.

‘Victoria’ is released in Irish cinemas on April 1st 2016. Watch the trailer below…