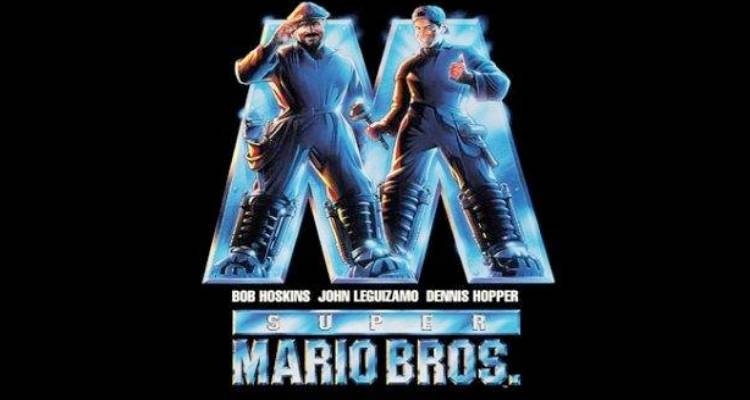 The Fall and Rise of the Video Game Movie

This week, ‘Warcraft: The Beginning’ is released in Irish cinemas. Starring Ben Foster, Dominic Cooper and our own Ruth Negga, the movie is based on the Warcraft video game series and novels which are set in the world of Azeroth, and portrays the initial meeting between orcs and humans.

With ‘The Angry Birds Movie’ being released just a few short weeks ago, and adaptations of ‘Assassin’s Creed’ and ‘Sonic the Hedgehog’ on the way, it seems that video game to movie adaptations are more popular than ever, but a quick look at Rotten Tomatoes will tell you that the movie versions of beloved games are not always well received; The highest rated adaptation we could find was ‘Final Fantasy: The Spirits Within’ with 44% approval. ‘The Angry Birds Movie’ has just 43% approval but still managed to knock ‘Captain America: Civil War’ off the top spot at the US box office. The lowest rated was ‘Alone in the Dark’ with just 1%, so why don’t these crossovers always work?!

Cast your mind back to 1993. ‘Super Mario Bros.’ the movie was released in cinemas to a wave of fanfare. This was the first international movie to be reverse engineered from a video game – the first ever was the Japanese release ‘Super Mario Bros.: Peach-Hime Kyushutsu Dai Sakusen!’ – and fans were excited. Very excited. All seemed to be looking good with Bob Hoskins, John Leguizamo, Dennis Hopper and Fiona Shaw on the cast, but then the reviews came.

Holding a 15% approval rating on Rotten Tomatoes, Roland Joffe’s film took just over $20 million at the US box office and was proclaimed by the late great Bob Hoskins to be the worst film he ever made. The film was panned at the time of its release for its dark tone and thin script, which oddly mangled the story of the games, while trying to make it into something that had a beginning, middle and an end. Even though the film’s failure meant that Nintendo never again tried to make a movie from one of their properties, ‘Super Mario Bros.’ has become a cult hit, even gaining a Blu-Ray release. And of course, encouraged others to try.

After ‘Super Mario Bros.’ came ‘Double Dragon’ and ‘Street Fighter’, but it was not until ‘Mortal Kombat’, directed by Paul WS Anderson, that the Rotten Tomatoes score of ‘Super Mario Bros’ was beaten. ‘Mortal Kombat’ holds 33%. This is not a particularly good score, indicating as it does that reviews of the film were only somewhat positive, but since the film spent three weeks at the top spot of the US box office, it was at least a commercial success. The reviews once again laid blame with the screenplay, plot and dialogue, but the film still managed to get a sequel; ‘Mortal Kombat: Annihilation’.

So far, so depressing, and to be honest, the news does not get much better from here. ‘Lara Croft: Tomb Raider’, led by Angelina Jolie, was cheesy fun and made almost $275 million at the box office, but only holds a 19% approval rating. ‘Prince of Persia: The Sands of Time’ made over $330 million, but only holds a 36% approval rating, despite Jake Gyllenhaal getting his top off. So far ‘The Angry Birds Movie’ is second in the approval rankings with 43%, but although this is a good score by comparison to other video game movies, it is rather low for a film based on a game downloaded billions of times, and pales in comparison to scores of animated films from original tales – for example, Pixar’s Oscar winning ‘Inside Out’ has a 98% approval rating, and even their less loved follow up ‘The Good Dinosaur’ has 76%.

As time has passed and technology has developed, the look and feel of both video games and movies have got better and better, but the question of why video games don’t lend themselves to the big screen remains. The stories that video games tell have also gone from strength to strength, revealing new truths about beloved characters, creating new worlds, or just playing with existing ones, and being incredibly clever about it (Stand up, ‘Batman: Arkham Knight’, ‘Mass Effect and ‘Lego Dimensions’. Take your well-earned bow), but here is where the problem lies.

Video games are designed to be an interactive experience. The audience is an engaged one; one that has control over where the story goes, who lives and dies and just how much time they put into the game. Not so for movies. Any control of the world is taken out of the audiences’ hands, and while we are familiar with this concept as moviegoers, the stories that are out of our hands are created solely for the purpose of storytelling. Video game stories are created to get the audience to participate, and when this participation is taken away, the story gets into trouble and the strength of the tale seems to disappear.

Another problem that constantly recurs throughout video game movies is with the source material; either the game is light on story (Hello, ‘Angry Birds’) or the filmmakers don’t have enough faith in the storyline from the game, and try to change it to make it more cinematic. This, as we have seen, does not always work well (Hello, ‘Far Cry’). This is not to say that video game movies cannot be done well, it just seems that no-one has cracked the formula yet. The closest we have come is Disney’s ‘Wreck-It Ralph’, which is a film about an unhappy video game villain who goes off to find a new life. The trouble here is even though there are plenty of familiar game characters in the film – Pac-Man, Bowser from the ‘Mario’ franchise and several characters from ‘Street Fighter’ to name but a few – these are mainly cameos, and the story is told through the eyes of the new character created for the movie; Wreck-It Ralph.

Whether ‘Warcraft: The Beginning’ and ‘Assassin’s Creed’ can do for video game movies what ‘The Lego Movie’ did for movies based on toys remains to be seen, but thus far, the second hand experience of watching an interactive game on screen has not worked, so we can only live in hope that directors Duncan Jones and Justin Kurzel have found a way to take away our control over story, stay true to the games that inspired them, and still make their films engaging. Oh, and there is something to be said about staying true to the source material… ‘Super Mario Bros.’ we’re looking at you… Again.

To remind you of just how bad things can get, here’s the trailer for ‘Super Mario Bros.’; the film that started it all.

‘Warcraft: The Beginning’ is released in Irish cinemas on May 30th 2016. Watch the trailer below…