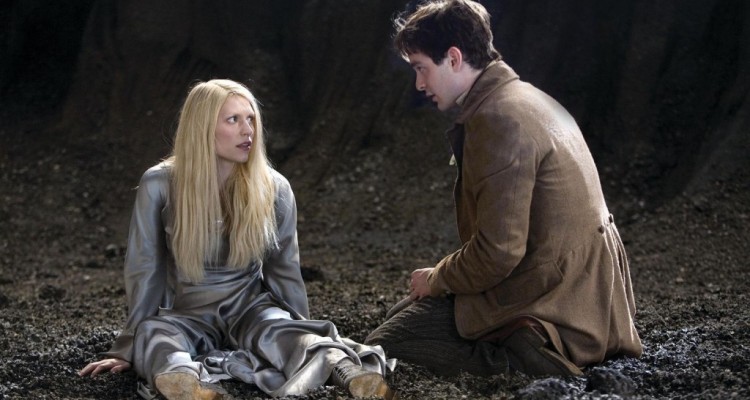 Fairy Tale Movies from ‘Stardust’ to ‘The Wizard of Oz’

‘Tale of Tales’ is released in Irish cinemas this week. Director Matteo Garrone’s first film in the English language, ‘Tale of Tales’ brings together three stories from 17th century Italian poet and courtier Giambattista Basile; a ruthless queen (Salma Hayek), desperate for a child, a king (Toby Jones) obsessed with a giant flea and two mysterious sisters who provoke the passion of a king (Vincent Cassel). To celebrate the release of ‘Tale of Tales’ in Irish cinemas, Movies.ie has taken a look at some of the best cinematic fairy tales.

‘STARDUST’
Based on the novel of the same name by Neil Gaiman, ‘Stardust’ is set in a land where magic is real and pirates – led by Robert DeNiro as Captain Shakespeare – sail the seas. Tristan Thorn (Charlie Cox) makes a promise to the girl he loves that he will retrieve a fallen star for her, as a token of his affection, but when he gets to the spot where the star came down, he discovers that this celestial body is a woman Yvaine (Claire Danes), and she is cross.

The cast of ‘Stardust’ is exceptional, with everyone from Ian McKellen and Peter O’Toole to David Walliams and Ricky Gervais, turning up in the film. The story is pure fantasy adventure, with Tristan finding bring a grumpy star home much more difficult than he thought, especially with so many treasure hunters on their tail. Of course Tristan grows and learns some lessons, and Yvaine learns to trust the young man who proclaims himself her protector. Add to this some wicked witches, cross dressing pirates and an ailing King, and ‘Stardust’ reveals itself as a true heart warming fairytale.

‘ENCHANTED’
What would a look at fairy tales be without a mention of a Disney movie? Although ‘The Little Mermaid’ cheered up the original Hans Christian Andersen tale and kicked off what we now know as the “Disney Renaissance”, and Gabrielle-Suzanne Barbot de Villeneuve’s tale got the romantic treatment in ‘Beauty and the Beast’ it is in ‘Enchanted’ that Disney fairy tales are both celebrated and lampooned the best.

‘Enchanted’ stars Amy Adams and James Marsden as fairy tale characters who find themselves in New York City thanks to the actions of an evil queen. Giselle (Adams) is determined to find her way back home, but all of this changes when she falls in love with a lawyer from our world.
Both a parody of and an homage to the glory days of Disney animated musicals, ‘Enchanted’ is a self-aware delight. Amy Adams is on wonderful form as Princes Giselle, and it is through her that the wonder and joy of the film works best.

‘THE PRINCESS BRIDE’
Based on William Golding’s story of the same name, ‘The Princess Bride’ follows Buttercup (Robin Wright), who finally admits that she is in love with farm boy Westley (Cary Elwes), after scorning him for many years. When Westley leaves to make his fortune so he and Buttercup can marry, he doesn’t return, and Buttercup finds herself engaged to the vile Prince Humperdinck (Chris Sarandon). When Buttercup is kidnapped as part of a devilish plot, she is rescued by the Dread Pirate Roberts, who is not quite the person he is believed to be.

First released in 1987, ‘The Princess Bride’ has become something of a cult classic, and is loved by fans around the world; it even spawned a tweetalong in Ireland back in 2009, orchestrated by Damien Mulley, which used the hashtag #AsYouWish. Partly filmed in Ireland – hello, Cliffs of Insanity – and starring Robin Wright, Wallace Shawn, Chris Sarandon, Cary Elwes, Billy Crystal, Mandy Patinkin and Andre the Giant – among many many others – ‘The Princess Bride’ is a romantic fairy tale with pirates and revenge plots. The best kind, if you ask us.

‘THE WIZARD OF OZ’
This 1939 film starring Judy Garland was only a moderate success when it was first released, but gained a new life through TV and later, video. Garland stars as Dorothy, a young girl who runs away from home to save her little dog Toto. And finds herself caught in a storm that brings her to a magical world called Oz. When she is told that only the Wizard of Oz can send her home, Dorothy sets out on a life-changing adventure to find the Wizard, has to dodge the evil actions of the Wicked Witch, and makes some new friends along the way.

‘The Wizard of Oz’ is another film that has gained a cult following, and the songs, quotable lines and Ruby Slippers have slipped into public consciousness. Sequels, prequels, reimaginings and parodies have been produced over the years, cementing the film as one of the best known and best loved fairy tales ever to make it to the big screen.

‘HOOK’
Steven Speilberg’s sequel to Peter Pan stars Robin Williams as Peter Banning, a successful career driven man with little time for his family. When he visits his Granny Wendy (Maggie Smith) in London, Banning’s kids are kidnapped by Captain Hook, and it is up to Tinkerbell (Julia Roberts) to bring Banning back to Neverland, and The Lost Boys to remind Banning that he once was the great, cheeky and adventurous Peter Pan.

‘Hook’ was the sixth highest grossing film in the US in 1991, but was critically panned, with the theme park-esque feel of Neverland drawing ire from critics. In the years since its release, however, ‘Hook’s nostalgic look at the world has itself become the subject of nostalgia, with fans finally reacting to the movie. Although Spielberg himself has stated he doesn’t like everything about ‘Hook’, the film is a celebration of childhood, nostalgia and what we lose when we become adults, and Dustin Hoffman’s Captain Hook is a campy delight.

Honourable mentions to: ‘The Little Mermaid’, ‘Edward Scissorhands’ and ‘Shrek’

‘Tale of Tales’ is released in Irish cinemas on June 17th 2016. Watch the trailer below…