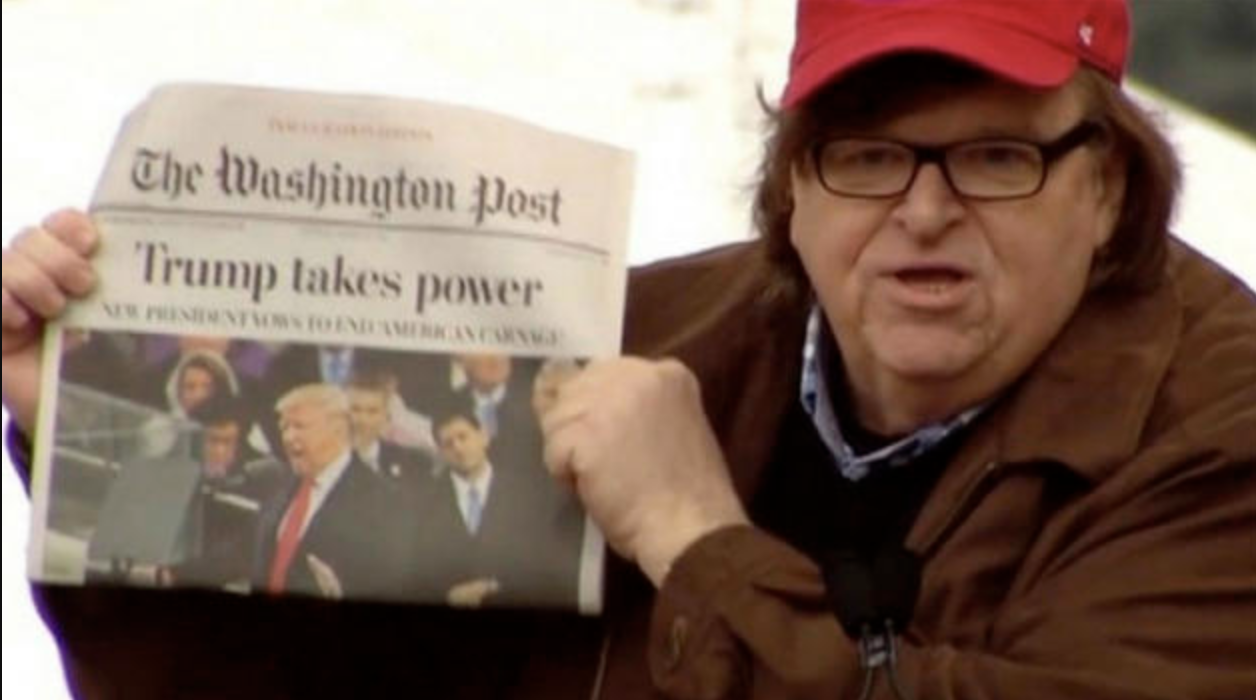 The Plot: In his own state of the nation address, documentary filmmaker and activist Michael Moore examines the rise to power of billionaire businessman Donald Trump and how he became President of the United States. This is framed through the perspective of grassroots activism from young people wanting change on gun control, as well as corruption in Moore’s hometown of Flint, Michigan…

The Verdict: In his own inimitable man-of-the-people style, Michael Moore returns with Fahrenheit 11/9 to take the temperature of present-day America – and it’s not exactly in rude health. If his earlier film Fahrenheit 9/11 had the tagline ‘the temperature at which freedom burns’, his new film could be called the temperature at which common sense burns. With the surprise election of Donald Trump as US President on 9th November 2016 (hence the title), common sense does seem to have taken a leave of absence. Trump is an easy target these days of course, which makes this documentary a bit too familiar and a tad late to the party. It also lacks the edge of his earlier, angrier films.

Starting with election night, Moore traces just what got America to this radical shift towards not so much the Republican party, but what Trump represented – isolationism, xenophobia and his divide-and-conquer strategy. When it seemed like Hillary Clinton already had it in the bag, Trump lost the popular vote but trumped her on the controversial electoral college system. Trump is no stranger to Moore though. In an intriguing archival interview from 1998, Moore came face-to-face with Trump on daytime television, but held back on what he really wanted to say about him.

Moore doesn’t hold back this time – he introduces Trump to ominous music from The Omen and makes a comparison between Trump and Adolf Hitler. It’s an awkward section of the film that comes across as misjudged and a step too far. Everyone is fair game here though – including Barack Obama. In the film’s strongest section, Moore focuses on Republican corruption in his hometown and takes aim at former President Obama for not tackling it. Lead was found in the public water supply and seriously affected public health, while big business was given priority with its own clean supply. It’s a stark reminder of just how topsy-turvy the political world is right now.

While Moore appears to be lightly blaming the rotten core of the system rather than Trump himself, there’s still much to enjoy here for those who like his amiable, telling-it-like-it-is style of filmmaking. If there’s one thing to take from it, it’s that younger generations weary of school shootings have the responsibility to make America great again – not the guy in the Oval Office.