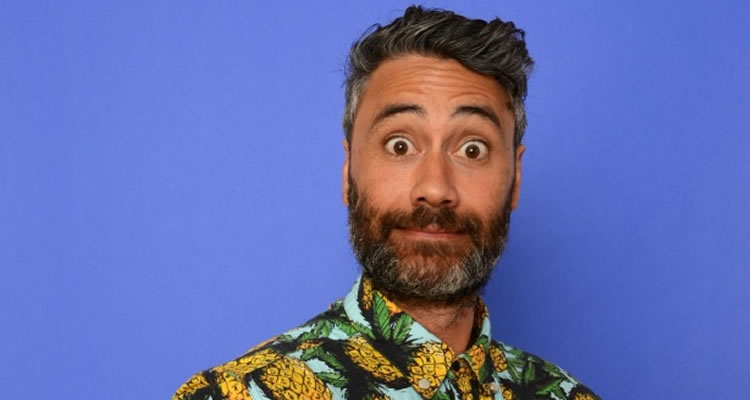 The evolution of Taika Waititi

This week, Taika Waititi’s new film ‘Hunt for the Wilderpeople’ is released in Irish cinemas. The tale of Hec (Sam Neill) and his foster son Ricky (Julian Dennison), who find themselves on the run from child welfare services, who want nothing more than to put the troubled Ricky in juvenile detention.

Based on the novel by Barry Crump, ‘Hunt for the Wilderpeople’ is a hilarious and heartwarming story, and got us thinking about director Taika Waititi. With ‘Thor: Ragnarok’ coming up from the director, Movies.ie decided to take a look back over Marvel’s newest director’s career.

SHORT START
Waititi started his career as an actor – under the name Taika Cohen – but it was not long before the filmmaker got into the role of director with the short films “John & Pogo’, ‘Two Cars, One Night’ and ‘What We Do in the Shadows: Interviews with Some Vampires’, which went on to inspire his feature length film ‘What We Do in the Shadows’. ‘Two Cars, One Night’ was nominated for an Oscar in 2005, but lost out to Martin McDonagh’s short ‘Six Shooter’. Nevertheless, this nominated cemented Waititi as a director to watch out for.

EAGLE VS SHARK
In 2007, Waititi made his first feature length film, ‘Eagle Vs Shark’. Starring Jemaine Clement of ‘Flight of the Conchords’ fame, the film told the story of two oddball outcasts Lily (Loren Horsley) and Jerrod (Clement) who find love with one another, even though one of them has his sights set on a woman who is out of his league.

‘Eagle Vs Shark’ was well received by fans, although critics struggled to differentiate it from the recently released ‘Napoleon Dynamite’, but Waititi had made his mark on the cinematic world and, after writing and directing several episodes of the ‘Flight of the Conchords’ TV show, Waititi turned his attention back to the big screen with his film ‘Boy’.

‘Boy’ told the story of a young Michael Jackson fan who finally got the chance to know his estranged father, after he returns to dig up a bag of money buried many moons beforehand. ‘Boy’ went on to become the highest grossing New Zealand film of all time and made a star out of actor James Rolleston, who was cast at the last minute after Waititi realised his first choice for the lead was not working out.

RETURN TO TV
After collaborating with 41 other directors including David Lynch and Gaspar Noé on the film ’42 Dream Rush’, contributing, as all the directors did, around a minute of footage, Waititi returned to TV for several years to work on ‘Super City’ and ‘The Inbetweeners’ and obviously work on his next cinematic collaboration with Jemaine Clement; ‘What We Do In The Shadows’

VAMPIRES SUCK
Timed perfectly just as vampire fatigue after the ‘Twilight’ franchise was beginning to wear off, ‘What We Do In The Shadows’ is a mockumentary that follows vampires based in Wellington as they adjust to modern life and the releationships they have had in the past. Waititi and Clement also starred in the film as Viago and Vladislav, and the film is not only a hilarious pastiche of documentaries, but vampire films in general, as well as the small town feel of New Zealand’s capital city. ‘What We Do In The Shadows’ was incredibly well received, following on, as it does, from the quirky style of comedy Waititi and Clement created in ‘Eagle Vs Shark’ and ‘Flight of the Conchords’. A spin off from ‘What We Do In The Shadows’ has also been announced; titled ‘We’re Wolves’, the film promises to focus on Rhys Darby’s werewolf Anton.

MARVEL-LOUS
As well as ‘Hunt for the Wilderpeople’, which showcases Waititi’s trademark dry humour and sense of adventure, the director has released another film this year; the short ‘Team Thor’. ‘Team Thor’ is also shot as a mockumentary, which tells the tale of just what Thor (Chris Hemsworth) was up to during the events of ‘Captain America: Civil War’. Originally screened at Comic-Con this year, you can watch the entire short film ‘Team Thor’ below…

COMING UP
With ‘Hunt for the Wilderpeople’ released in Irish cinemas this week, and ‘Thor: Ragnarok’ due for release next year, you would think that Taika Waititi had more than enough going on, but as well as writing the screenplay for ‘We’re Wolves’, the writer/director was also involved with the writing of the upcoming Disney animated flick ‘Moana’, and has another film in development called ‘The Last Family’.

Taika Waititi. Remember the name; he is a star who is finally on the rise.

‘Hunt for the Wilderpeople’ is released in Irish cinemas on September 16th 2016. Watch the trailer below…