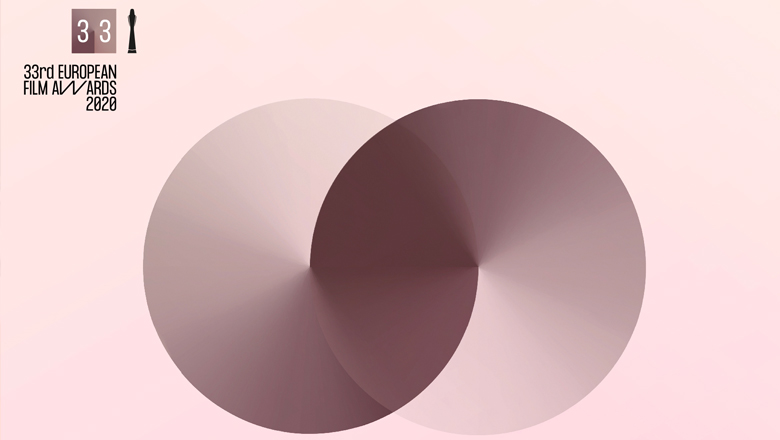 It is an understatement to say that 2020 has been a strange year for everyone; in the strangest of years, The European Film Awards did not let restrictions and the fact that we could not all gather in Iceland for the awards in person stop them, and devised a week long series of virtual events to still celebrate cinema, even as we stayed apart.

The finale took place tonight (December 12th) in its hometown of Berlin, presented by TV host Stephen Gätjen who rightly acknowledged that 2020 has been a “sh**y year”. Gätjen went on to say that European cinema has been strongly affected by the Covid-19 pandemic, and “These difficult times have also shown that if she we stick together stand together and work together we can make it through”. Many of the nominees for the European Film Awards were made before Covid-19 hit, but they were released and screened during the exceptional circumstances of 2020. Gätjen  also reminded us that a virtual award ceremony is “true European spirit, because we are all together, but we are not”.

As well as the virtual audience watching from the comfort of our couches, more than 400 actors, actresses, producers, directors and cinema professionals joined the ceremony via video chat, including Nina Hoss, Luca Marinelli, and Viggo Mortensen who joined us from a London hotel room.

The award for European Director 2020 went to Thomas Vinterberg for ANOTHER ROUND “I am super excited! I am very very proud of this, the fact that I was in fantastic competition. I have to say, you’re giving me a directors award, but this film was made in the most difficult time of my life, and could only have been made with my friends and my family”, before brining is friends and his family, who had gathered in his home to watch the awards, into the shot and giving special thanks to his wife and lead actor Mads Mikkelsen.

The gong for European Discovery 2020 Carlo Sironi for SOLE. As well as thanking his actors, producers Sironi said “I am truly speechless; I wanna dedicate this prize to my father Alberto”, before revealing that he was home alone, so he was going to celebrate with his cat.

Paula Beer took the award for European Actress 2020 for her role in UNDINE. On accepting her award through a slight delay, Beer said “Thank you so much, that was really exciting. I didn’t expect that at all. Thank you to everyone who decided that… I am a bit somewhere else now, sorry!” Beer got over the shock of her win, thanked her colleagues and revealed that she had tested negative for Covid-19.

The award for European Actor 2020 went to Mads Mikkelsen for his role in ANOTHER ROUND. accepting his award, Mikkelsen said “Thank you so much for voting for me, I have to say thank you to my family and my fellow actors”, while promising to share his award with his fellow nominees as it is “unfair to do math on acting”, as well as his co-stars on ANOTHER ROUND.

Thomas Vinterberg  and Tobias Lindholm took the award for European Screenwriter 2020 for ANOTHER ROUND. Vnterberg said “I think in the time confinement, financial crisis and death, our attempt at making a life affirming film has succeeded. We are proud of it. I am getting all sentimental here. We started this in front of a computer, and we have ended it in front of a computer!”

The award for European Film 2020 went to ANOTHER ROUND by Thomas Vinterberg. On accepting the fourth award for the film of the night, Vinterberg said “Wim, about 30 years ago, I left film school and the first award I was ever awarded by anyone was by you, and the circle has ended here, and I am very touched to have been given an award by you”. Vinterberg went on to praise the European Film Academy, thank his wife (“She believed in the film much more than I did, which is always the case”) and his family.

Finally, the award for Innovative Storytelling went to Mark Cousins for his 14 hour film, WOMEN MAKE FILM: A NEW ROAD MOVIE THROUGH CINEMA. Cousins said “I thank the Euopean Film Academy for creating an award for innovation. I’d like to thank all the great female filmmakers who have made the history of cinema, whose names are tattooed on my arms. These are people who have inspired us all”.

The full list of winners of European Film Awards 2020 is as follows;