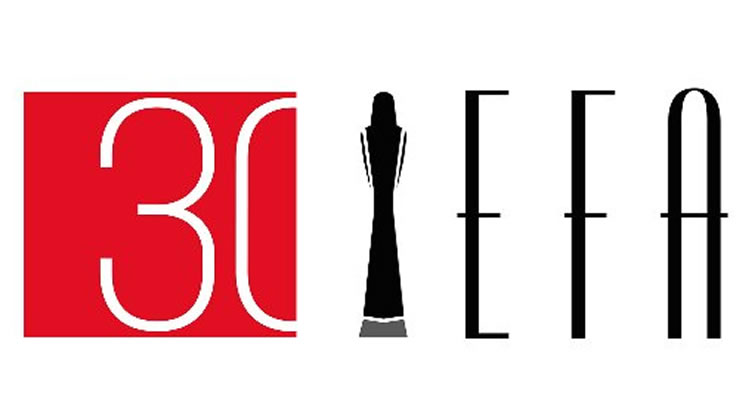 European Film Awards 2017 – All the winners

The European Film Awards returned home to Berlin tonight and celebrated their 30th birthday with the usual glittering and fun ceremony, and raucous after party in a secret location.

After a very early flight to Berlin, and a day wandering through the famous Christmas markets of the German capital, where we bought plenty of silly souvenirs and stocking fillers, and had a sneaky mug of gluhwein, we grabbed our laptop, put our glad rags on and headed back out into the freezing and snowy Berlin night, in search of a glitzy award ceremony and the address of the after party.

The European Film Awards (or EFA to those in the know… and the press room), which celebrate European cinema from the past year, but while the stars – including our own Jack Reynor – walked the red carpet at the Haus der Berliner Festspiele, we took up residence in the press room to take advantage of the wifi and bring you all the winners.

‘The Square‘ was the big winner of the night, scooping 6 gongs at the ceremony hosted by German comedian Thomas Hermanns, who EFA President Wim Wenders called a “funny, archangel queen” after Hermanns announced him while wearing wings that would make a Victoria’s Secret angel jealous. Wenders then went on to give an impassioned speech about his faith in Europe as well as European Cinema, saying “Europe is not the problem, Europe is the solution. Let’s defend it with all our convictions against the simplifiers.” Although ‘The Square’ swept the board, it did not beat ‘Toni Erdmann”s record from 2016, which took home all of the top 5 awards.

The big prize of the night, European Film, went to ‘The Square’. Director Ruben Östlund took to the stage to lead the audience in a scream of happiness, joined by presenter Stellan Skarsgard. We can’t wait to see what Östlund does when he inevitably gets invited to the Oscars!

‘Wonder Woman’ actress Elena Anaya and writer/director Carlos Saura presented the award for European Director to Ruben Östlund for ‘The Square’, meaning Irish co-production ‘Killing of a Sacred Deer” went home empty handed. When accepting his award, Östlund said “For all the other directors, thank you, I respect you so much”.

Colin Farrell was nominated for European Actor for his role in Yorgis Lanthimos’ latest film ‘The Killing of a Sacred Deer’, but was beaten out by Claes Bang for his role in ‘The Square’ , when accepting his award, breathless and excited, Bang said to his director, Ruben Östlund; “it’s been an amazing journey we have been on, you and me. Listen, I can only recommend to every actor and actress in the world to try the Ruben Östlund experience”.

European Actress went to Alexandra Borbely for ‘On Body and Soul’. Borbely was moved to sobbing tears when accepting her award and, through her tears, said  “I can’t speak. I have everything written on the back of my hand. Thank you to give me this big opportunity”.

‘The Square’ also took home the award for European Comedy. In what was to become a tradition for the night, director Ruben Östlund accepted the award, saying “We wanted [the film] to be wild, and entertaining and exciting, we didn’t want to have any contradictions, and I think that is part of the European way”.

French actress Julie Delpy took home the award for European Achievement in World Cinema, a gong that celebrates European talent on the world stage. Delpy may be best known at this side of the world for her work with Richard Linklater and Ethan Hawke on the ‘Before…” trilogy, which wrapped up in 2013 with ‘Before Midnight’, but she has also starred in ‘Broken Flowers’, ‘Avengers: Age of Ultron’ and the long-running TV show ‘E.R’. Ethan Hawke sent a video message to congratulate Delpy on her win, saying “It has been an absolute privilege to work with you three times, and it has been an absolute thrill to watch you grow as a filmmaker”. When accepting her award Delpy said “I am getting this award for surviving in this business for 30-something years, that’s the achievement”. Delpy then went on to tell the audience about the film that she was supposed to start shooting in Berlin next year, but may not now, since a financier has pulled out after forcing Delpy and her team to endure misogynistic comments throughout the production process. Delpy then told the audience she will be selling raffle tickets at the after party, for breakfast with her tomorrow, in order to try and finance the film; “I will make this film”, Delpy defiantly said, before finding herself moved to tears. Russian filmmaker Aleksandr Sokurov – director of ‘Russian Ark’ and 2011’s ‘Faust’ – was also honoured for his contribution to film with an award for Lifetime Achievement.

European Discovery went to ‘Lady Macbeth’. Director William Oldroyd, when accepting his award, after ‘The Snapper’ director Stephen Frears apologised on behalf of the UK for being “stupid enough to want to leave the EU”, said “I do feel slightly stupid at this time, and as a first time filmmaker I stand here as a representative of our team… We feel very very welcome and I thank you for taking us in”.

Jack Reynor bemoaned the fact that he had only packed a pair of while socks, before giving the gong for European Short Film to ‘Timecode’ by Juanjo Giménez Peña who reminded the assembled “We are European because we feel it”.

European Animated Feature went to ‘Loving Vincent’, a beautiful, oil painted film that tells the story of a young man tasked with delivering the final letter written by Vincent Van Hogh. Husband and wife producing team Claudia Bluemhuber and Hugh Welchman accepted the award, Welchman said “I am very moved. Vincent Van Gogh was truly a citizen of Europe… and because he was allowed to move freely, he was the artist he was, that’s why we should keep borders open”.

The statuette for European Documentary went home with Polish director Anna Zamecka for her film ‘Communion’, which examines the life of a family whose adults have failed, so the children have to keep everyone together. When accepting her award Zamecka said “I would like to thank my characters for the trust, first of all, and for great courage”.

Elsewhere European Co-Producer of the Year went to Cedomar Kolar, Ruben Östlund scooped yet another award for European Screenwriter for ‘The Square’, and People’s Choice Award, voted for by the public, went to ‘Farewell to Europe’.

Congratulations to all the winners, and Happy Birthday to the European Film Awards; that’s all from us here in Berlin tonight, we have found out the location of the after party, and we are venturing out in the snow in search of more gluhwein and possibly some dancing.