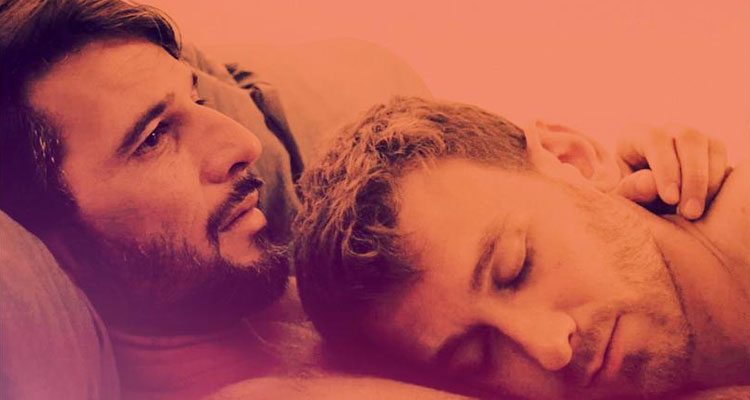 End Of The Century

The Plot: Ocho (Juan Barberini) is an Argentinian poet based in New York. He arrives in Barcelona on a holiday. Relaxing on the beach, he notices Javi (Ramon Pujol) wearing a KISS t-shirt and takes an interest, but loses sight of him. Later on, he sees him again and invites him up to his apartment for a hook-up. They talk and get to know each other. Javi is a children’s TV producer based in Berlin who is here for work. As they walk and talk around the city that they previously spent time in, it stirs up memories. They realise that they met before, 20 years ago…

The Verdict: End Of The Century is the feature debut of Argentinian writer/director Lucio Castro. It explores the fallibility of human memory and how easy it is to forget people over time who enter and then exit our lives. It takes as its premise an attraction between thirtysomethings Ocho and Javi, who are both in Barcelona for a limited time. Ocho has just left a long-term relationship of 20 years, while Javi is a married father of one who has an open relationship with his partner back in Berlin. There’s more to this story though. Two decades earlier, they had a similar brief encounter that could very well have defined how their lives played out.

Castro’s script is structured around the nature of memory, introducing his characters in the present day and then time-jumping to their real first encounter at the titular time period. This sequence is an extended flashback, where the duo are both in the closet about their sexuality and only starting to peek out. This sequence, while intriguing, is unhelpfully not signposted by a change in hairstyles or looks. In fact, there’s no digital de-aging or recasting here. The lead actors (both good) look the same throughout, just to add to the confusion as to what we’re watching here. For this is a film that spans not just the past and the present but also potentially the future. There’s even a trace of sci-fi to it, but it’s all rather too ambiguous to take seriously.

That strain of ambiguity running throughout End Of The Century, along with its unusual structure, is what ultimately makes the film a disjointed romance. The premise is certainly involving for any audience, but it also has to be narratively convincing in order for it to work properly. Sadly, Castro is unable to tie these elements together into a satisfying whole. There’s little attempt made to flesh out these elements (even with all the flesh on display) into something resembling an actual relationship. It’s all about fragments. Castro has latched on to a premise where time and memory become enemies or allies, depending on how you perceive the film. It’s not enough though, showing first time filmmaker nerves. In the end, End Of The Century hasn’t got the conviction to follow through on its purpose. It screams missed potential and is a curio at best.