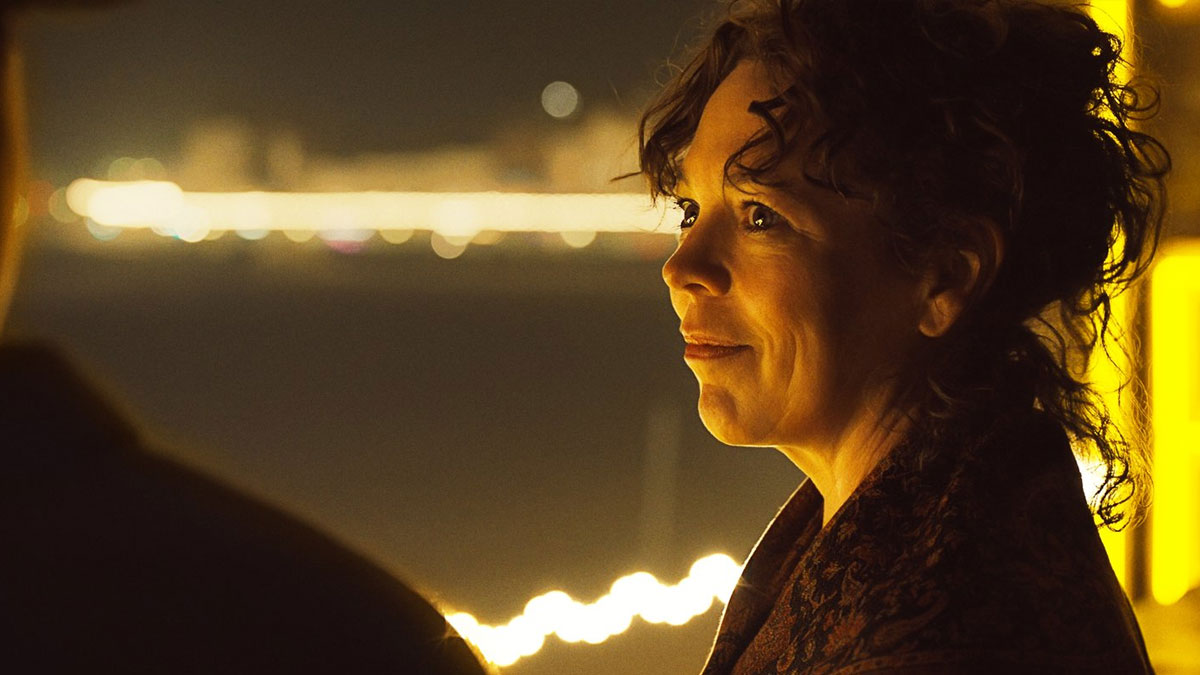 The Plot: Christmas 1980. Hilary (Olivia Colman) works as the duty manager in a cinema on the South-East coast of England. She tries to avoid her boss Donald (Colin Firth), with whom she’s having a reluctant affair. Projectionist Norman (Toby Jones) is very much enveloped in his own world in the booth, creating movement out of static frames at 24 frames per second. When Stephen (Micheal Ward) joins the team, he catches the eye of Hilary and they strike up an acquaintance. As Stephen discovers though, Hilary is dealing with troubling issues of her own and is reluctant to talk about them. When word comes through that the Empire Cinema will be hosting the regional premiere of a little film known as Chariots Of Fire, it spurs the team on to spruce up the place…

The Verdict: Cinema. The pictures. Movie house. Dream palace. The flicks. Empire Of Light could perhaps be added to those descriptions for the seventh artform, creating motion pictures out of still images and projecting them onto a silver screen. Cinema was there long before television stole some of its thunder and that’s something that Sam Mendes is keen to emphasise in the post-pandemic world when the projectors went dark and the shutters came down for several months at a time. Empire Of Light is Mendes’ own tribute to his formative cinemagoing days in the early 1980s, chomping down on Maltesers and Liquorice Allsorts (his favourites) while getting lost in the thrilling likes of Raiders Of The Lost Ark. It’s not just about that though. There’s a further story about the lives of a small group of cinema employees as they observe change happening on both a national and personal level.

The film marks Mendes’ first solo effort as a screenwriter and it’s an ambitious one. He’s serving up not only the love of cinema but weighty themes of dealing with mental illness, racism, infidelity and inappropriate workplace behaviour. His reach doesn’t exceed his grasp though. It’s an odd mix of themes that doesn’t quite work in the translation from the page to the screen. There’s no doubting the sincerity of Mendes’ efforts here to tackle the kind of themes that cinema is good at putting out into the open to start a discussion between people as they leave the cinema. However, it’s the way that he does it that comes across as clunky and disjointed to the point where it’s evident that there are two films at work here. On the one hand, there’s a passionate love letter to the cinema and on the other hand there’s a human drama that just barely works. Hilary’s mental illness, which leads to very vocal outbursts and poor personal decisions, remains unspecified by Mendes (though it has the hallmarks of bipolar disorder). Her tentative romance with Stephen is something of an odd pairing too, the lack of fizzling chemistry between Colman and Ward somewhat evident.

There are flashes of typical Mendes brilliance here though, from a biker gang passing by the seaside which quickly escalates to a well-chosen film on the Empire’s screen to close out the film itself. The onsite premiere captures the faded glory of the cinema (an actual site in Margate where the film was shot on location), hinting at its jet-set heyday among the salt-battered windows and foggy mirrors. As he’s often apt to do, Toby Jones steals the film with the best line as he gloriously fails to read the room. It’s a film that one wants to like more, given its heartfelt themes of loneliness and the need for human connection. It’s perhaps unfortunate that Empire Of Light is coming out shortly before Steven Spielberg’s The Fabelmans, which more successfully blends cinema and human drama into a coherent whole.

Much like a scene where Norman where explains to Stephen when to change film reels by looking out for the ‘cigarette burns’, there’s an awkward transition between the two films at work here. Mendes is flicking the switch on the projector a few seconds too late, leaving an awkward moment of white onscreen where the two films should join up seamlessly and complement each other. The line ‘illusion of life’ is something that reverberates throughout. Mendes the director is more experienced than Mendes the screenwriter and that’s frustrating for a film that only half works in fits and spurts. 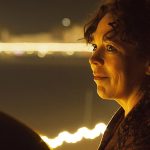