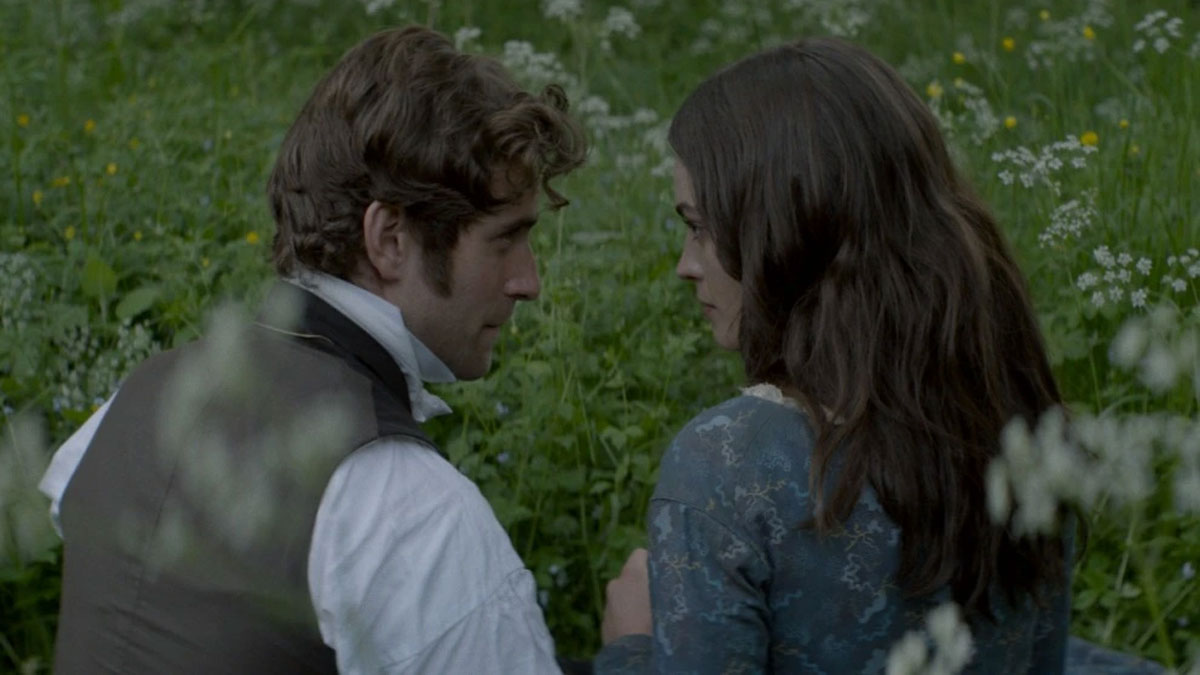 Movie Review
3.5
Much to admire

The Plot: 19th Century England. Emily Brontë (Emma Mackey) is something of a black sheep in her family. Frowned upon by her strict father Patrick (Adrian Dunbar) and looked down upon by one of her sisters Charlotte (Alexandra Dowling), she only really identifies with her fellow misfit sibling Branwell (Fionn Whitehead). There is a latent talent within her, but she’s too shy and reserved to seize the day and make something of it. The arrival of new clergyman Weightman (Oliver Jackson-Cohen) stirs up her emotions. She challenges his blind faith in God, while he challenges her silent acceptance of her lot in life. A great romantic writer is about to emerge on the moors…

The Verdict: Not much is known about the life of Emily Brontë. Having died at the age of 30, her only novel Wuthering Heights has long since been acknowledged as a classic of romantic English literature. Who was the talented young woman behind this one-hit wonder? That remains a tricky question, so it’s left to a director to fill in the narrative blanks and come up with a rounded portrait that might approximate who she was and what brought her to write with a fiery passion. In the case of Emily the film, British-Australian actor Frances O’Connor takes on both writing and directing duties for the first time. Having had her own brush with period dramas when she fronted an adaptation of Jane Austen’s Mansfield Park in 1999, Emily is something of a passion project for O’Connor since she read Wuthering Heights as a teenager.

Her literate script is a fictionalised take on what might have happened to Emily Brontë to get her creative juices flowing and finally get that great English novel out of her system. As such, O’Connor posits that the key elements of Wuthering Heights were swirling around Emily from early on, like characters knocking on the doors of her mind waiting to be written. In the opening scene, Emily is asked how she wrote the book. ‘I put pen to paper’ is her taut reply. There’s a lot more to it than that of course. Write what you know as the saying goes. Emily did just that and the script is at great pains to construct a possible reasoning for it all: a will-they, won’t-they doomed romance with a clergyman who is drawn to her and her quiet ways of standing up to him and his supposedly cast-iron belief system. It’s a chewy role for the luminous Emma Mackey to sink her teeth into and she goes full period for it, her pained facial expressions speaking volumes of the inner torment and broiling emotions working away.

This all explodes in heated passion, but interestingly O’Connor makes the undressing part of it far more interesting than the act itself. The undoing of tightly-coiled corsets and shirts hasn’t looked so passionate before – a metaphor for the repression of the Victorian era and its boxing of women in designated roles. This forbidden relationship is swooning and sensual, heightened by Abel Korzeniowski’s slightly overbearing score. While O’Connor gets the imagined narrative and its outcome mostly right, she also tends to over-romanticise the tragic life events of Emily to the point where it’s a bit too convenient plotwise. Films about the creative process will inevitably draw on a character’s experience to get from fledgling writer to published novelist, but the opening of the film is correct – there’s a lot more to it. O’Connor digs a few feet into Emily’s life but not quite enough to suggest that other hidden factors were at work like Victorian societal values. Still, there’s much to admire about Emily and the well-presented package that has been assembled by O’Connor along with her cast and crew. Not quite a page turner but worth picking up and diving in nonetheless. 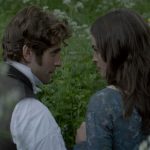 In short: Much to admire