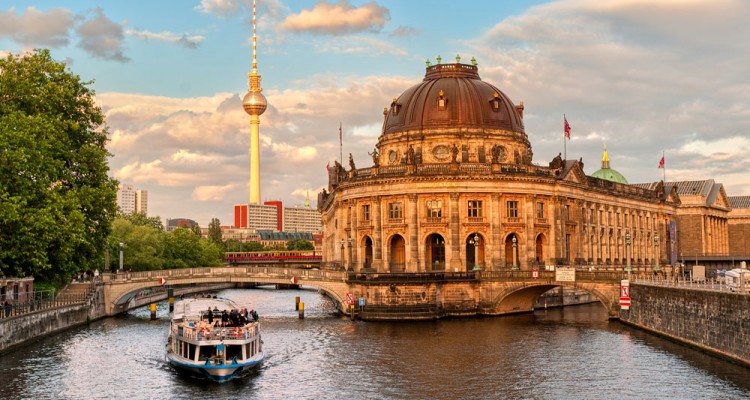 European Film Awards 2015 – What we know so far

The 2015 European Film Awards take place in Berlin on Saturday evening. Our own Brogen Hayes will be on hand in the German capital to bring you all the winners as they happen, but in the run up to the awards themselves, here’s what we know so far.

The Ceremony
The European Film Awards 2015 ceremony will take place at the at the Haus der Berliner Festspiele, one of the most significant theatre buildings built in post-war Germany. Opened in 1963 as the ‘Theater der Freien Volksbühne’ the theatre is one of the best known designs by Berlin architect Fritz Bornemann, the theatre is set in a garden and opens up towards the city through broad glass façades.

The Host
As with last year, the ceremony will be hosted by German TV-presenter, director, TV-author and comedian Thomas Hermanns. He is known for his comedy-show Quatsch Comedy Club.

The Guests
As always, the European Film Awards 2015 plays host to many of the best European filmmakers and actors. This year, Sir Michael Caine, Christoph Waltz and Charlotte Rampling will be in attendance in Berlin. Sir Caine is the recipient of the Honorary Award of the EFA President and Board, as well as being nominated for his role in Paolo Sorrentino’s latest film ‘Youth’; Waltz is bring honoured with the EFA European Achievement in World Cinema award, and Rampling is taking home the gong for EFA Lifetime Achievement.

The Nominees
The nominees for the European Film Awards 2015 include Asif Kapadia’s hit documentary ‘Amy’, Roy Andersson’s existential comedy ‘A Pigeon Sat on a Branch Reflecting on Existence’ – which screened at JDIFF earlier this year, and our own Colin Farrell for his role in ‘The Lobster’.

The rest of the nominees can be found here…

The Winners
As well as Caine, Rampling and Waltz, the winner of the European Co-Production Award, which honours the role of co-productions between European countries, is Italian Producer Andrea Occhipinti. Occhipinti is the founder of Lucky Red who has, over the past 28 years, successfully produced and distributed some of the best international independent production and who has discovered exciting new talent and helped to launch some great careers. Last year’s winner of the European Co-Production Award was our own Ed Guiney from Element Pictures.

The rest of the winners will be announced tomorrow evening, and we will bring you all the news as it happens from the ceremony in Berlin.