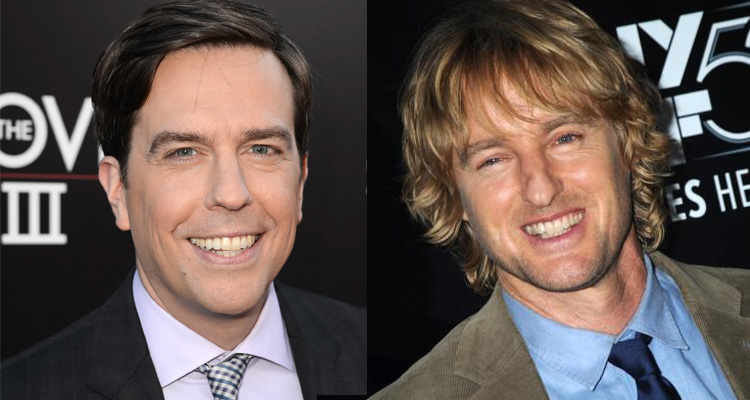 Ed Helms, who will next be seen in National Lampoon’s ‘Vacation’ reboot, and ‘No Escape’ star Owen Wilson have signed on to headline the comedy flick ‘Bastards.’

Penned by Justin Malen, the film sees Helms and Wilson playing two brothers whose eccentric mother raised them to believe their father had died when they were young, which they later discover to be a lie, prompting the brothers to set out to find their real father and discover more about their mother than they probably ever wanted to know.

The film marks the directorial debut of veteran cinematographer Larry Sher (‘The Hangover,’ ‘Garden State,’ ‘The Dictator’). Principal photography is set to start in September in Atlanta.