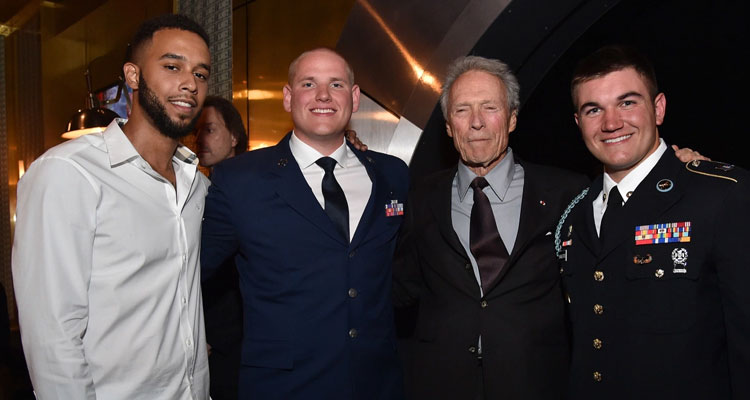 Clint Eastwood has set non-actors Anthony Sadler, Aleksander Skarlatos, and Spencer Stone to play themselves in ‘ The 15:17 to Paris,’ the legendary filmmaker’s fact-based next.

The film will tell how in 2015 the trio, one of whom was in the Oregon National Guard and another in the U.S. Air Force, thwarted an attempted terrorist attack by overpowering a man armed with an AK-47 on board a high-speed train from Amsterdam to Paris.

Judy Greer (‘Archer’), Jenna Fischer (‘The Office’), and Ray Corasani will co-star alongside the real-life heroes.

Variety adds that Paul-Mikél Williams, Max Ivutin, Bryce Gheisar, Cole Eichenberger and William Jennings are on board to play various younger versions of the three leads.

Eastwood will direct the drama from a script written by Dorothy Blyskal.