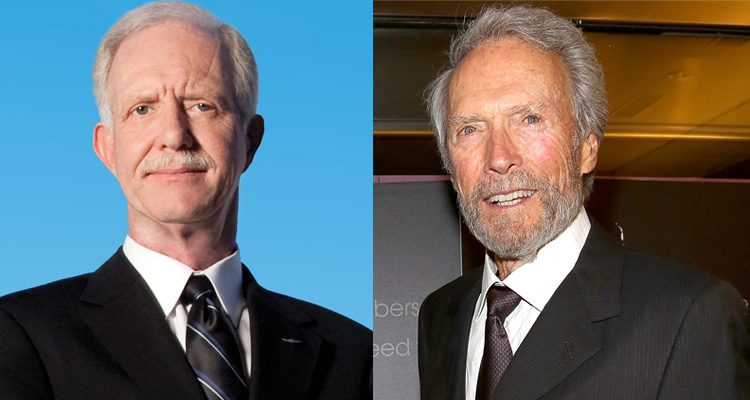 Clint Eastwood (‘American Sniper’) is to take the helm of Warner Bros. Pictures’ as-yet-untitled drama about the life of Captain Chesley “Sully” Sullenberger, the veteran pilot who landed his disabled jet on the Hudson River in January 2009, saving the lives of everyone aboard.

Eastwood will direct the film from a screenplay by Todd Komarnicki, based on the book Highest Duty: My Search for What Really Matters, by Sullenberger and Jeffrey Zaslow.

The film will go beyond Sullenberger’s almost impossible and much-heralded achievement of safely landing a jumbo jet on the water, which was captured on video and viewed around the world. But behind the scenes, a drama was unfolding that could have cost him his reputation and his wings.

In making the announcement, Greg Silverman, President, Creative Development and Worldwide Production, Warner Bros. Pictures stated, “Simply put, Clint Eastwood is at the top of his game, not to mention a global treasure. On the heels of his extraordinary work in ‘American Sniper,’ it is tremendously exciting to see him explore the life of another captivating true-life hero. It is also great to be collaborating with Frank Marshall and Allyn Stewart to produce this compelling script by Todd Komarnicki.”

“I am very glad my story is in the hands of gifted storyteller and filmmaker Clint Eastwood, and veteran producers Allyn Stewart and Frank Marshall,” added Sullenberger. “The project could not have found a better home than Warner Bros. Pictures. This is truly a dream team.”