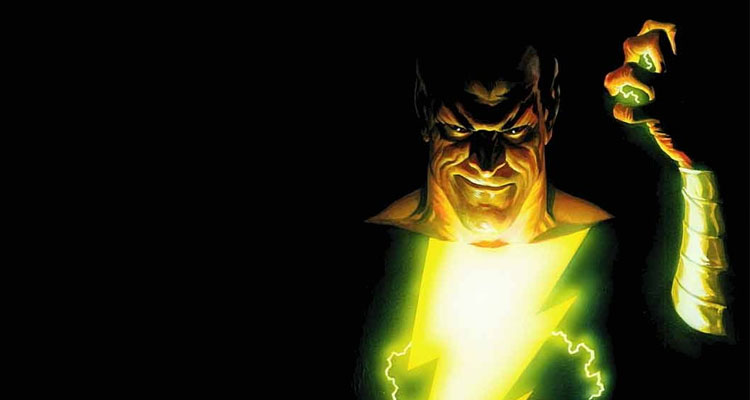 ‘Non-Stop’ and The Shallows director Jaume Collet-Serra is reportedly in talks to direct the DC Comics outing ‘Black Adam.’ The film, a priority for Warner Bros. following the success of ‘Shazam!,’ would reunite Collet-Serra with his ‘Jungle Cruise’ star Dwayne Johnson.

Created by writer Otto Binder and artist C. C. Beck, Black Adam was introduced as the deadly and evil adversary of the superhero Shazam. However, recent storylines have re-defined the character as a corrupted antihero attempting to “clear his name.” The character’s powers come from the ancient Egyptian God who blessed him with unlimited stamina, super-speed, incredible strength, vast wisdom, the power of flight, and unlimited courage.

Back in April, Johnson took to Instagram to reveal why he was no longer a part of Shazam!.

“The challenges were, as you guys can imagine, you’re trying to tell two very big origin stories in the world of comic books of this DC universe. Two very important characters trying to tell both their origin stories in one script. I didn’t think it was working. Finally, I called up Warner Bros., Toby Emmerich, my good buddy who runs Warner Bros., and I said, ‘Brother, we have to split these stories and make two different movies.’ He said, ‘You know what? It is a great idea and let’s do it.‘”

Beau Flynn of FlynnPictureCo is on board to produce ‘Black Adam’ along with Johnson and his Seven Bucks Productions partners Dany Garcia and Hiram Garcia.