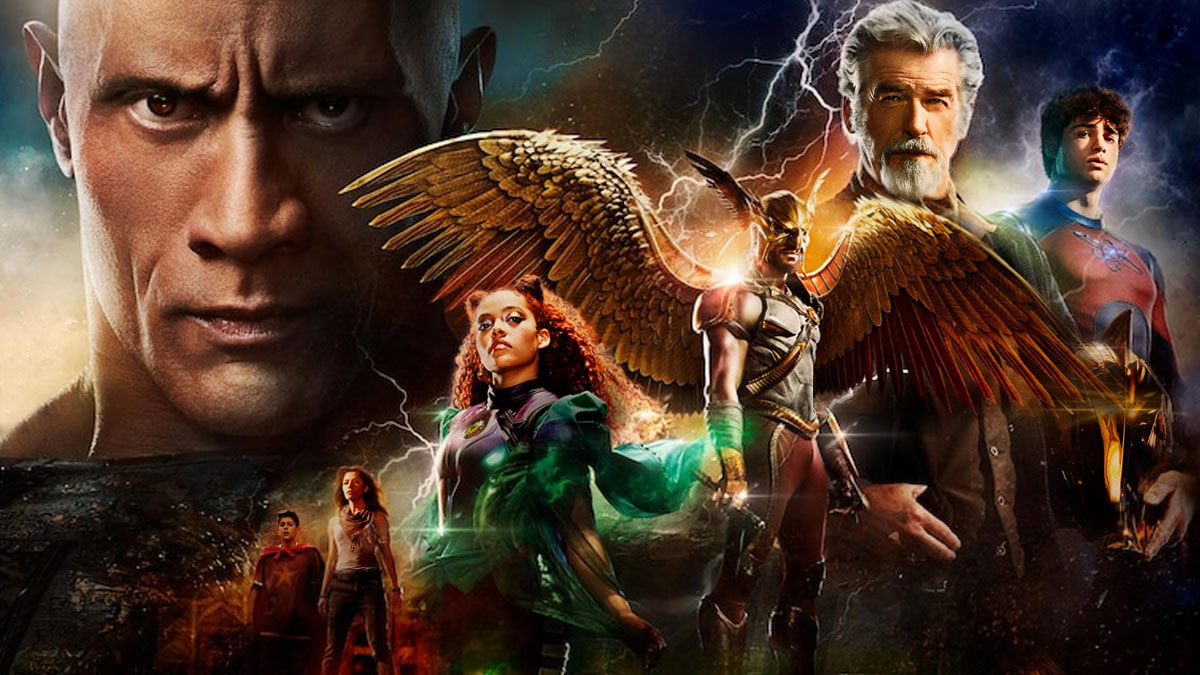 The world needed a hero… it got Black Adam. The folks over at Warner Bros have dropped a new full-length trailer the October 21 release. In addition to the trailer, we have a new poster giving us a better looks at members of the Justice Society of America – Aldis Hodge’s Hawkman, Quintessa Swindell’s Cyclone, Noah Centineo’s Atom Smasher, and Pierce Brosnan’s Doctor Fate

In ancient Kahndaq, Teth Adam was bestowed the almighty powers of the gods. After using these powers for vengeance, he was imprisoned, becoming Black Adam. Nearly 5,000 years have passed and Black Adam has gone from man, to myth, to legend. Now released, his unique form of justice, born out of rage, is challenged by modern day heroes who form the Justice Society: Hawkman, Dr. Fate, Atom Smasher and Cyclone.