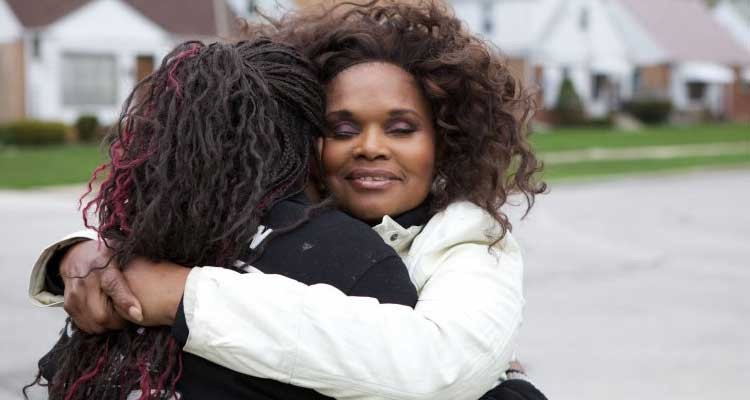 DREAMCATCHER (USA/Light House/104mins)
Directed by Kim Longinotto. Starring Brenda Myers-Powell, Stephanie Daniels-Wilson, Homer King, Marie, Melody, Jeremy Keith.
THE PLOT: Chicago, and, along with her friend, Stephanie Daniels-Wilson, Brenda Myers-Powell runs the eponymous foundation which aims to help prostitutes and women at risk. We first meet the hugely charismatic Brenda and her buddy Stephanie as they cruise Chicago’s West Side in their minivan, shouting out to the working girls, to see if they need condoms or just some comfort. Also helping Brenda fight the good fight is former pimp Homer King, bringing his dark past to bear as he tries to warn young girls of men like him. For her part, Brenda just wants the girls to exorcise the trouble that brought them to this point, and realise that there is always a way out of these desperate lives that many of them are leading…
THE VERDICT: Noted English documentary maker Kim Longinotto (who debuted in 1976 with PRIDE OF PLACE, going on to make the likes of GAEA GIRLS (2000), THE DAY I WILL NEVER FORGET (2002) and SISTERS IN LAW (2005) is lured to America (by the films producers) for this moving, hard-hitting documentary may reach for the positive, but it never loses sight of the tragic in the stories being revealed here. One particularly stunning scene has Brenda convince a room full of teenage girls in high school to reveal their dark tales of child abuse, each doing so without any gnashing or wailing. It’s chilling, and yet, somehow, life-affirming, the strength on display. And it’s a testament to Myers-Powell that she can coax such hidden stories out of such vulnerable people.
A stunning piece of work…
RATING: 4/5
Review by Paul Byrne