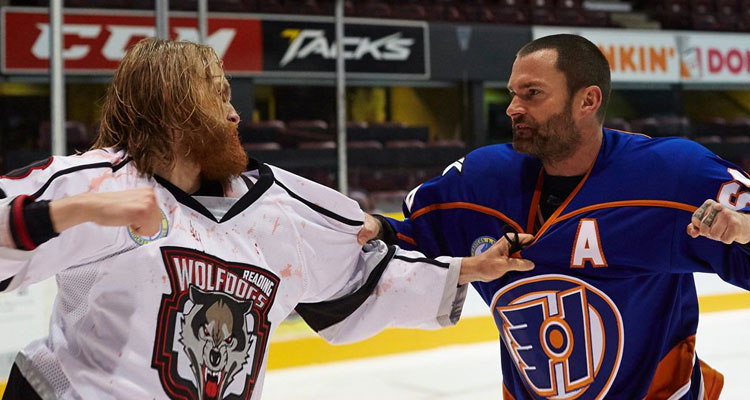 Doug ‘The Thug’ is Back In Trailer for GOON 2: LAST OF THE ENFORCERS

Punch retirement in the face. A lockout has brought a crew of new players to the Halifax Highlanders, but there’s a notable omission from the line-up… and that’s none other than Doug “The Thug” Glatt (Seann William Scott). The enforcer has been sidelined by one too many hits, is married with a baby on the way, and has a new job as an insurance salesman. But when rival Anders Cain (Wyatt Russell) becomes the Highlanders captain, and new ownership threatens to tear the team apart, ‘The Thug’ is forced back into action.