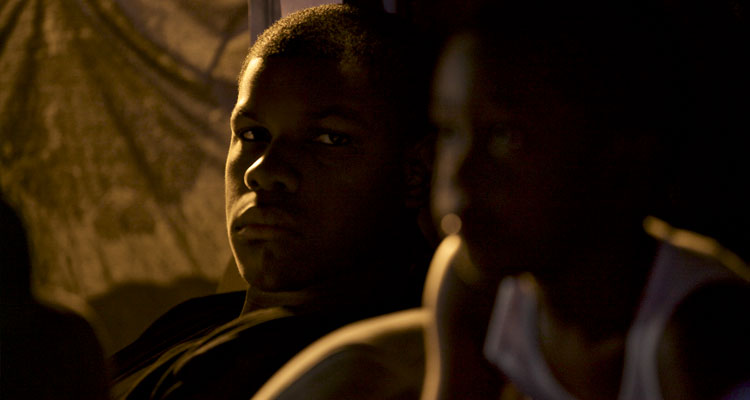 Check out the official trailer for director Malik Vitthal’s gritty inner city drama, which won an Audience Award when it had its world premiere at Sundance back in 2014. John Boyega’s role as a reformed gangster who has his future put to the test when he is released from prison, is what led JJ Abrams to cast him as Finn in ‘Star Wars: The Force Awakens.’

Bambi wants to publish his credos and chronicles and start his career the way any other normal young writer would. For Bambi, however, normal is the quandary. “Normal” means returning to Watts, Los Angeles, after a 28-month jail stint to find his young son playing next to his strung-out grandmother. It’s normal for the patriarch of his family to offer Bambi pills, guns, and a drug-running job as a way to welcome him home. A normal visit from his cousin involves Bambi and son performing minor surgery to extract a bullet from his arm. Bambi meets this surreal, ghetto normal with equanimity, but he knows life can’t be “normal” like this for long.