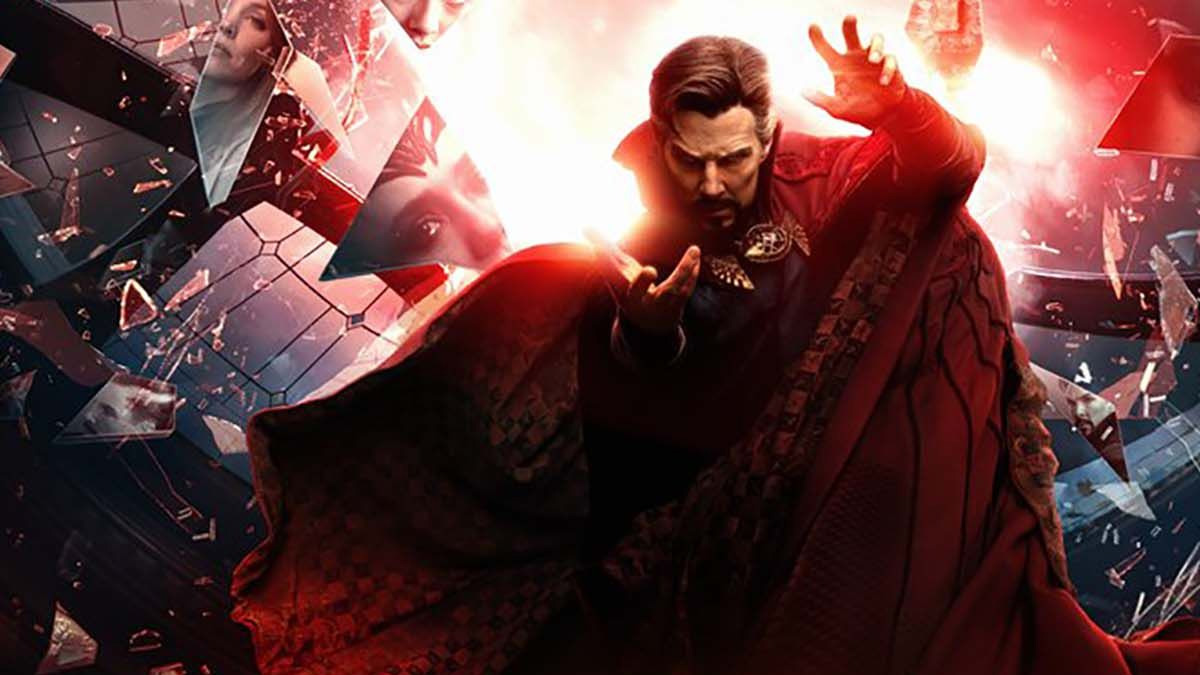 The Plot: Having altered reality with Spider-Man, Doctor Strange (Benedict Cumberbatch) is drawn further into investigating the multiverse. Plucky teenager America (Xochitl Gomez) falls into his universe from another one. She has a path to follow in harnessing her powers and looks up to this Doctor Strange, when her own Doctor Strange failed in her universe. He approaches Wanda (Elizabeth Olsen) to find out more about a mystical book that holds the key to unlocking the multiverse, but she has other plans. He and America are sent spinning into another universe and must find a way home and restore balance…

The Verdict: Welcome back to the big screen, Sam Raimi. The wildly inventive master of horror’s first film in nearly a decade is also his return to the Marvel stable. After another horror director, Scott Derrickson, left ‘Doctor Strange In The Multiverse Of Madness’ it was dropped into Raimi’s capable hands to weave whatever his imagination decided upon – within the constraints of a family-oriented studio film of course. The key word here is horror and there’s a fair degree of it on display in Raimi’s sequel, which picks up shortly after ‘Spider-Man: No Way Home’ opened up the possibilities of the multiverse. It’s not Marvel’s first attempt at a horror film of sorts of course. The halfway-decent ‘The New Mutants’ was a victim of many production problems and significant delays, but it hinted that Marvel can ‘do dark’ just as much as DC can when their minds turn to mind-bending possibilities.

Raimi and writer Michael Waldron have been paying attention to what’s been happening elsewhere in the Marvel Cinematic Universe (MCU), allowing for that crossover potential that the multiverse can accommodate as Doctor Strange encounters other versions of himself – including a typically Raimi-style Zombie Strange. Disney’s massive acquisition of the studio formerly known as 20th Century Fox also opened up other possibilities regarding their existing properties. Already hinted at in the trailer, but which won’t be spoiled here is a number of cameos which should delight and perhaps confound in equal measure. It makes for an exciting prospect to see this crossover potential, but Raimi and Waldron don’t entirely know what to do with their new toy. They mostly play the multiverse for either laughs and shrieks or in the case of the cameos a few gasps from the audience. Narratively speaking, they haven’t got a strong grip on what the multiverse entails and how to run with it in the same way that ‘Avengers: Endgame’ took a dizzying but deeply satisfying deep dive into the MCU.

Part of the problem here is that a large section of the film consists of ominous talk between characters, chases down corridors and lengthy spell-casting fights that move from one environment to another. In that sense, Raimi is just moving the plot along and getting through the predictable plot mechanics to the real meat of the story: Doctor Strange facing up to alternate versions of himself and his own failings in these universes. The first two acts don’t have much to offer for Raimi – his direction is somewhat anonymous, other than an appearance from a beloved repertory actor from his troupe. It’s only really in the third act that Raimi the director comes to the fore, as he embraces the horror, the horror… It’s delightful to watch him tap back into his grungy indie horror roots while working within the constraints of a mega-budget blockbuster. The film really comes alive here and ultimately seals the deal – or should that be comes undead?

For all that pushing at the rating though, it’s not nearly mad enough to qualify as a multiverse of madness. This multiverse is a little too sane and neatly structured. One has to imagine what the film would be like if Marvel let Raimi off the leash and delivered a full-throttle horror like his mad-as-a-box-of-frogs early films.

There’s much to enjoy though about this sequel, which continues to give Cumberbatch a lot of mileage to work with on his character and make him something of an unexpected father figure to boot. Think of it like an occasionally gentle, occasionally accelerated ghost train ride complete with ‘boo!’ moments. Nothing too boundary-pushing, but fun all the same. There’s plenty more to explore in this multiverse.

In short: Not mad enough