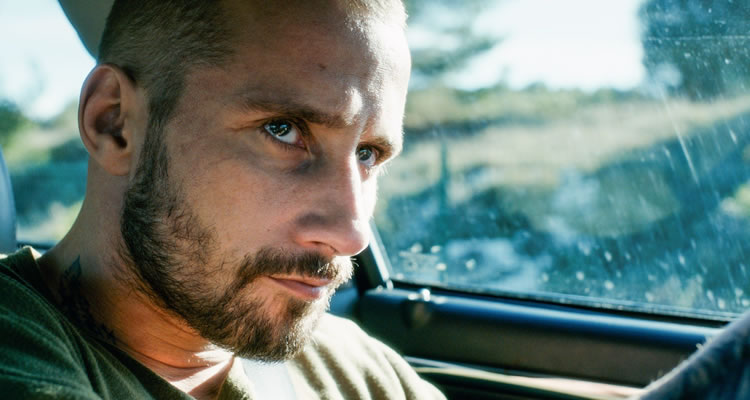 DISORDER (France | Belgium/15A/98mins)
Directed by Alice Winocour. Starring Matthias Schoenaerts, Diane Kruger, Paul Hamy, Zaïd Errougui-Demonsant, Percy Kemp.
THE PLOT: Soldier Vincent (Matthias Schoenaerts) has returned from active service, but is struggling with hallucinations and paranoia. To earn some extra cash, he takes on a job as private security for a Lebanese man and his wife Jessie (Diane Kruger).
THE VERDICT: Ah, how refreshing to see Matthias Schoenaerts back in the kinds of roles for which he became known; a soldier, not the kind of romantic hero we have seen him play of late. However, although the first half of ‘Disorder’ plays with sound and images to underline the struggles that Vincent is going through, the film doesn’t have enough payoff to justify its running time.
Matthias Schoaenaerts does well in the role of Vincent, obviously relishing the chance to play a character with darker motivations and issues. The trouble is that while Schoaenaerts allows the tension and paranoia of his character to build, the script then never gives him a chance for a decent payoff. Diane Kruger has less to do as the distant, cold and rather bossy housewife that Vincent is sworn to protect. The rest of the cast features Paul Hamy, Percy Kemp and Zaïd Errougui-Demonsant.
Alice Winocaour recently scot to public attention with her work on the screenplay for Mustang – along with Deniz Gamze Ergüven – and ‘Disorder’ is her second feature length work as director. The screenplay for the film was written in collaboration with Jean-Stéphane Bron, and the first half of the film builds nicely; sound – particularly thumping music beats – and images are used to underline the symptoms of Vincent’s illness, as described by a doctor in the opening scenes. The audience quickly learns of Vincent’s loyalty and strength, but once the film turns into more of a domestic drama – as Vincent looks after the family when Jessie’s husband goes away – it suddenly runs out of steam. On the plus side, the audience is never sure whether Vincent is paranoid or vigilant, but on the downside, the climactic payoff, when it finally arrives – is violent and fast, but unsatisfying.
As director, Alice Winocour does well with the scenes where Vincent is in crowded places, allowing his eyes to linger on behaviours that the rest of us may see as innocent but, again, once the film becomes a housebound drama, there is an attempt to build tension, but the film just feels as though it is dragging its heels.
In all, it is great to see Schoenaerts back in the kind of role for which we first got to know him, but ‘Disorder’ runs out of steam in the middle, leaving the film feels flabby and drawn out. Schoaenaerts has never been one to run from a challenging role, but this is one that let him down.
RATING: 3/5
Review by Brogen Hayes

Review by Brogen Hayes
3
Runs out of steam