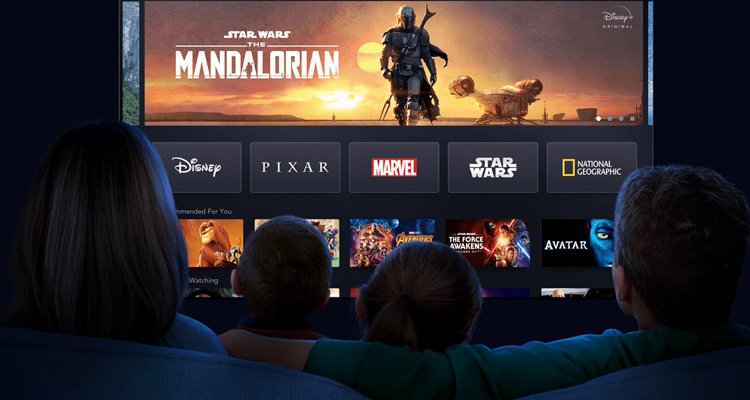 The imagineers at Disney somehow predicted that we were all about to be confined to quarters for the foreseeable future. They’ve organised their brand new streaming service Disney Plus to launch just as nice, safe, homely ‘watching things alone’ replaces old-fashioned, dangerous, outdoor ‘doing things with people’. Hitting Ireland this week what can we expect from this new rival to Netflix and Amazon Prime? We’re glad you asked.

Movies.ie took on the arduous task of sorting through all of what’s available at Disney Plus launch so you don’t have to. Here’s our top 10 recommendations about Disney Plus that will get you through quarantine.

The kind of thing that will probably either make you laugh and cry or make you hide behind your fingers out of shame. Possibly both! This docuseries presented by Frozen alum and national treasure Kristen Bell follows different groups of grownup students returning to their school to restage the high school musical which they starred in together as kids. Can they still kick? Does someone know where Brian left his inhaler? Whose teeth are these? It could be amazing or terrible and either way, we can’t WAIT

There’s so many of these we could list but let’s name a few of the all-time greats that you now need Disney Plus to get on a regular basis – Sister Act, 10 Things I Hate About You, Adventures In Babysitting (WHAT A FILM), Avatar, Big Business, the Ice Age movies, the Home Alone movies, Mrs Doubtfire, The Sound Of Music, Who Framed Roger Rabbit and a LOT more… need we go on? If you ever want to feel comforted again on a rainy day, you pretty much need to own Disney Plus. That’s what we’re essentially saying. You know it. We know it.

Disney’s efforts to reimagine every past glory in sometimes Digital / sometimes Actual live action has had mixed reactions but there are new movies coming all the time. The Lady and the Tramp remake, interesting because they used real dogs and animated their mouths rather than go down the Lion King all-CG route, is the first of these to appear at launch. We haven’t seen it but we are intrigued. Spaghetti anyone?

An idea so brilliantly subversive that we love Disney for going there, this acidic meta-commentary on high school musicals about the actual high school where the original High School Musical was set putting on their own version of High School Musical… as a musical… is enough to make your head explode. Basically HighSchoolMusical-ception. From the little bit we have seen it’s a hysterical, knowing riff on teen movies and musicals with a modern twist. Well worth a look, for anyone who enjoyed the originals and Glee. There is also a special about the making of the show once you’ve binged it and need more content. So helpful!

If you love Marvel, and the box office receipts say you do, then you’ll be very pleased to know that pretty much every MCU movie (bar the Incredible Hulk and recent Spider-Man films which are still tied up with other distributors for now) are available at launch. Does the idea of working your way from Iron Man almost perfectly up to Endgame thrill you? You can always read the wikipedia entry for the ones you’re missing and The Incredible Hulk wasn’t exactly a classic anyway so you should be grand. Love X-Men? Those movies are here too, thanks to the Fox/Disney merger. Marvel TV shows Runaways and MCU tie-ins Agents of Shield, Inhumans and Peggy Carter join pretty much every marvel cartoon ever made, seriously, so you can lose yourself in hundreds of hours of glorious, high res, high colour masked shenanigans. There’s really no need to ever leave the house again, is there?

You want Star Wars films? We GOT your Star Wars films. Everything except The Rise of Skywalker which we don’t got… but it will be available soon. Follow cinema’s favourite dysfunctional family (families?!) through their intergenerational struggles to bring peace and order to the galaxy or enslave it, depending on who you’re rooting for. The classics are still classics (now with added Maclunkey weirdness, for Star Wars aficionados) and the rest are still the rest (we actually liked The Last Jedi, don’t @ us) but they’re in beautiful high res and you can have them all at home whenever you want. You can also stream Rebels and The Clone Wars, two brilliant animated Star Wars shows that lots of people here missed but are well worth your time. For more live action Star Wars goodness, see our number one pick below.

Remember the Simpsons? Well they’re back! In pog form! If you got that reference, then you’ll probably be extremely happy to hear that Disney’s acquisition of Fox means access to over 600 episodes of The Simpsons available on demand and it is a GOOD THING. Everything from the glory days of seasons 3-7 to the… other days of the latter seasons but we would like to contend that there have been gems even in the lesser seasons. As comfort TV goes, ‘The Simpsons’ can’t be beat so why bother. And we for one welcome our new yellow overlords (you should really watch more Simpsons if you’re not getting these)!

We love Disney movies. You love Disney movies. Everyone loves Disney movies and now, here they are presented in 4K where possible for our enjoyment and we don’t even have to leave the house? There must be a downside. Oh yes, the virus we are all hiding from. The good news is that there’s enough nostalgia here from old school Disney classics like Snow White and the Seven Dwarves to the Disney Renaissance of the Little Mermaid all the way up to more recent live action retellings like Beauty and the Beast to satisfy even the most antsy of house arrested prisoners. If you want every day to feel like a comforting Sunday afternoon (and you shouldn’t leave the house, so why wouldn’t you), your life has just been made.

The motherlode and pearl in D+ crown. Disney’s acquisition of Star Wars ended many long running and gestating projects (see: Star Wars: Underworld) but fortunately led to this – the first live action Star Wars TV show, a riff on the space western with a familiar looking bounty hunter (it’s not Boba Fett), a familiar looking cute as hell sidekick you’re probably already obsessed with from its meme life (it’s not *that person*) and a familiar looking but unexplored time period (it’s set between Return of the Jedi and The Force Awakens). Movies Plus has seen it (check our review of the first two episodes *here*) and if you love Star Wars you’ve probably already bought your D+ account in anticipation so the good news is, you made the right call! The unbearable cuteness, the mix of old and new Star Wars and the comfort of short snappy episodes are a perfect antidote to what’s going on in the world right now. Prepare to binge, sleep and repeat. As needed.

DISNEY PLUS is available now from www.disneyplus.com
Stay tuned for reviews!