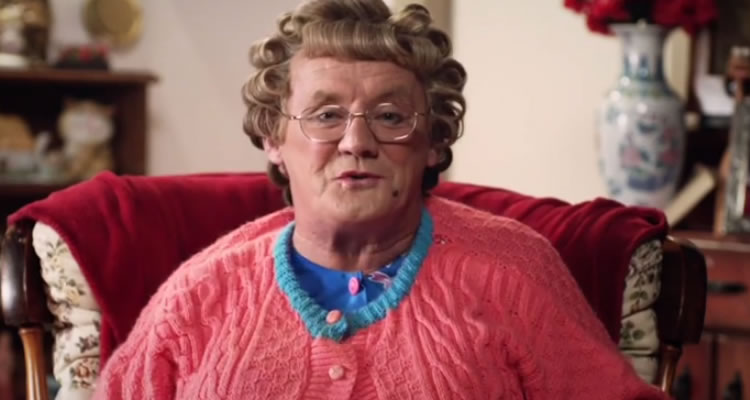 Acclaimed Irish director Lenny Abrahamson (Frank, What Richard Did) has teamed up with comedy favourite Mrs Brown to record a special shout out for Marriage Equality.
The duo are calling for a YES vote in the upcoming referendum on May 22nd.  The promo was shot in the SSE Hydro in Glasgow by Irish DOP James Mather, during Mrs. Browns sell-out UK tour where Brendan O’Carroll, Rory Cowan and the entire BOC productions team also gave their precious free time gratis to shoot the promo; such is their commitment to equality.