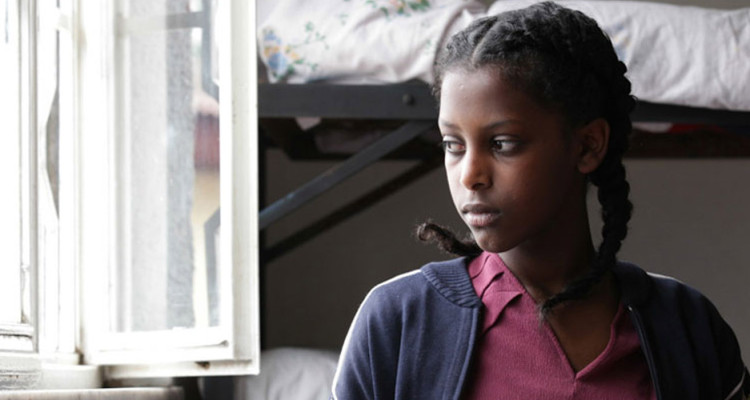 DIFRET (Ethiopia | USA/IFI/99mins)
Directed by Zeresenay Mehari. Starring Tizita Hagere, Meron Getnet.
THE PLOT: Fourteen year old Hirut (Tizita Hagere) is abducted on her way home from school; in keeping with the tradition of her Ethiopian village, this is the customary way for men to find their wives. Young Hirut has other ideas, however, and upon escaping, fatally shoots the man who would be her husband. Hirut’s case opens up archaic traditions to scrutiny, but puts her, and her family’s life in danger.
THE VERDICT: DIFRET is based on a true case that changed Ethiopian law in the 1990s, and is powerfully compelling drama, that shows audiences a different side of this African nation.
The performances from the central cast are quiet but compelling. Tizita Hagere as Hirut and Meron Getnet as Hirut’s lawyer Meaza form the emotional heart of the film as they not only struggle against the laws of the country, but also the ancient laws of individual villages and the oppression of women. The two characters are the perfect foils for one another one screen as neither really understands the other – although they come from similar backgrounds – but there is a strong bond of trust between them.
The story, based on the true events of the case, is carefully crafted by writer/director Zeresenay Mehari, keeping the legalese of the case to a minimum, and delicately balancing the lives of people in the city of Addis Ababa and the people who live in the communities in the countryside. There is careful consideration given to the courts created by the village elders, but this in turn, is contrasted with the modern laws of Ethiopia, where women struggled to gain the same rights as men.
Zeresenay Mehari directs with care, allowing the human story and that of the defining legal case to merge together. As well as this, Mehari keeps the pacing of the film going, never allowing the quieter scenes to drag down the energy of the film. There are times, however, where action takes place off screen and is barely explained, while focus is given to petty debates and squabbles between the legal team and the police, which does mean the focus of the story is somewhat skewed.
In all, DIFRET is a fascinating film about archaic traditions and the struggle against them. The central performances are strong, the story compelling and the direction – for the most part – evenly paced.
RATING: 4/5
Review by Brogen Hayes